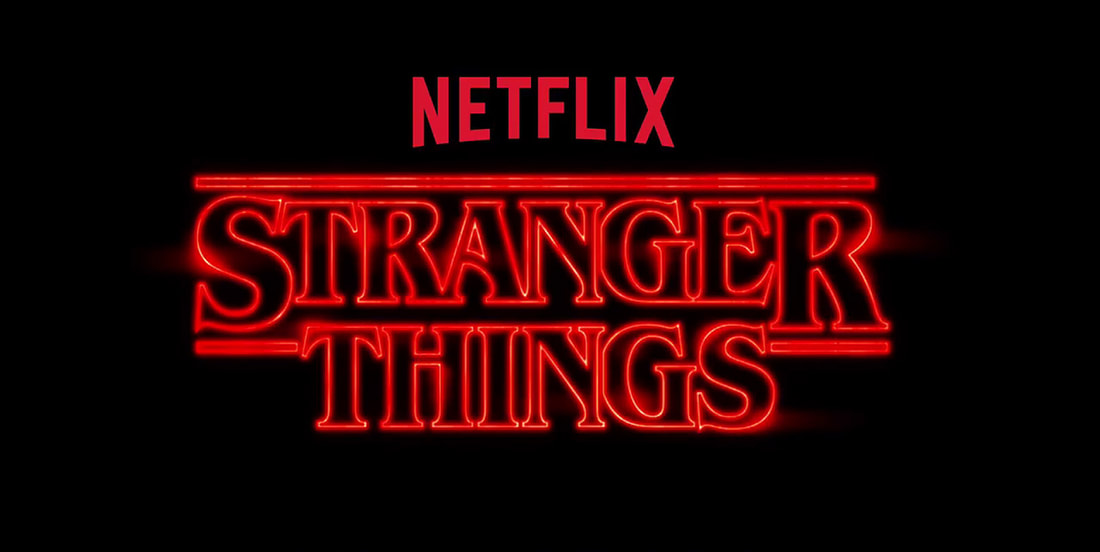 PRO TRAILER
PREMIUM TRAILER
Pro Model Features
DECEMBER 23 2019
It's been rumored for the last couple of weeks that Netflix"s Stranger Things was up next from Stern. This past weekend , even stronger news leaked out with pic's showing the game.  This morning, Stern officially revealed the machine making it official , and during the week of Christmas ! What a nice and surprising gift this would make someone!
Here is Stern's press release:
​
Stern Pinball Announces New Stranger Things Pinball Machines

Experience the terrifying forces in Hawkins, Indiana that turn this small town “upside down” with supernatural elements, strange sightings, and government secrets. Stranger Things pinball machines will immerse players in a search to unravel the extraordinary mysteries and secret government experiments taking place at the Hawkins National Laboratory.

The gameplay focuses on unlocking the hidden meanings of supernatural events occurring in and around the town, including the appearance of a girl known as “Eleven” with telekinetic abilities. The ball is wild as Mike, Lucas, Dustin, Will, Joyce, and Police Chief Jim Hopper help Eleven close the dimensional gate.

“Stranger Things is one of the most successful shows of all time, connecting with people around the world and across generations. This game features action, mystery, suspense, and humor; Stranger Things is a perfect fit for pinball,” said Gary Stern, Chairman and CEO of Stern Pinball, Inc.

The Premium and Limited Edition models feature a first ever video projector that displays images and animations directly on the playfield, creating dramatic interactions with gameplay action. The center of the playfield features a unique ramp that doubles as a screen and leads the player into a direct battle with the Demogorgon. These models also feature a new Eleven themed “telekinetic” magnetic ball lock.

The Pro, Premium, and Limited Edition models all feature distinct hand-drawn art in addition to the custom sculpted, interactive Demogorgon bash toy, guarded by drop targets and a rotating ramp. All models include two hideout ball scoops, a Demodog spinner, three custom ramps, and game rules that will transport players into the Upside Down.

Stranger Things pinball machines are available through authorized Stern Pinball distributors and dealers around the world.

Recent Stern Pinball titles include Elvira’s House of Horrors, Jurassic Park, Black Knight: Sword of Rage, The Munsters, The Beatles, Deadpool, Iron Maiden, Guardians of the Galaxy, Star Wars, Aerosmith, Ghostbusters, KISS, Metallica, Game of Thrones, The Walking Dead, Star Trek, AC/DC, Batman, and Spider-Man. A broad range of players enjoy Stern Pinball’s games from professional pinball players who compete in high-stakes competitions around the globe to novice players who are discovering the allure of the silver ball for the first time. 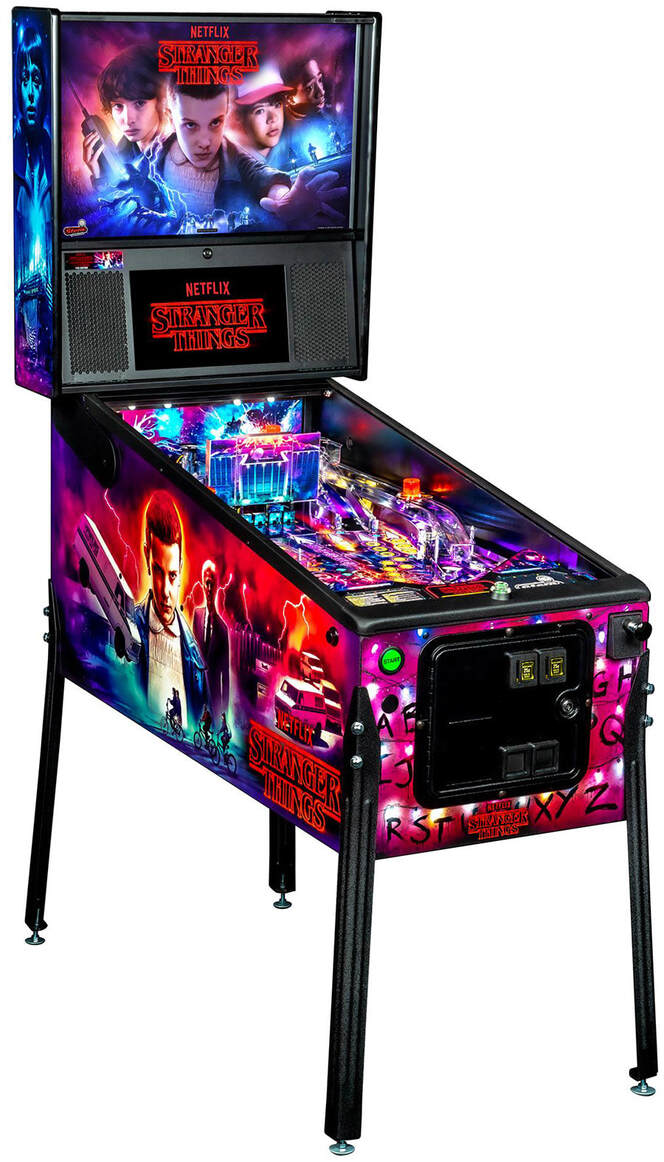 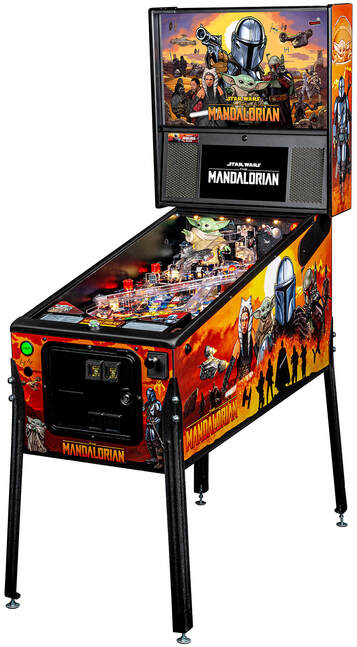 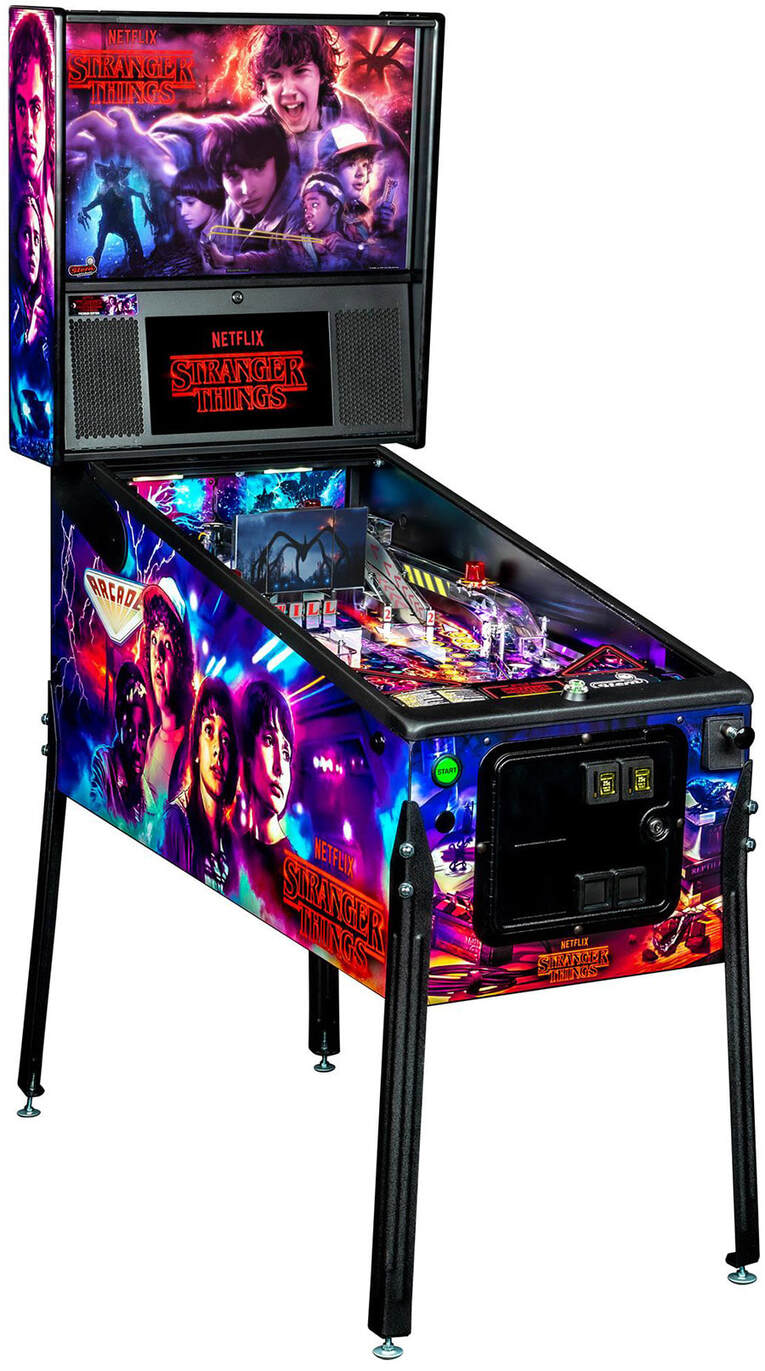 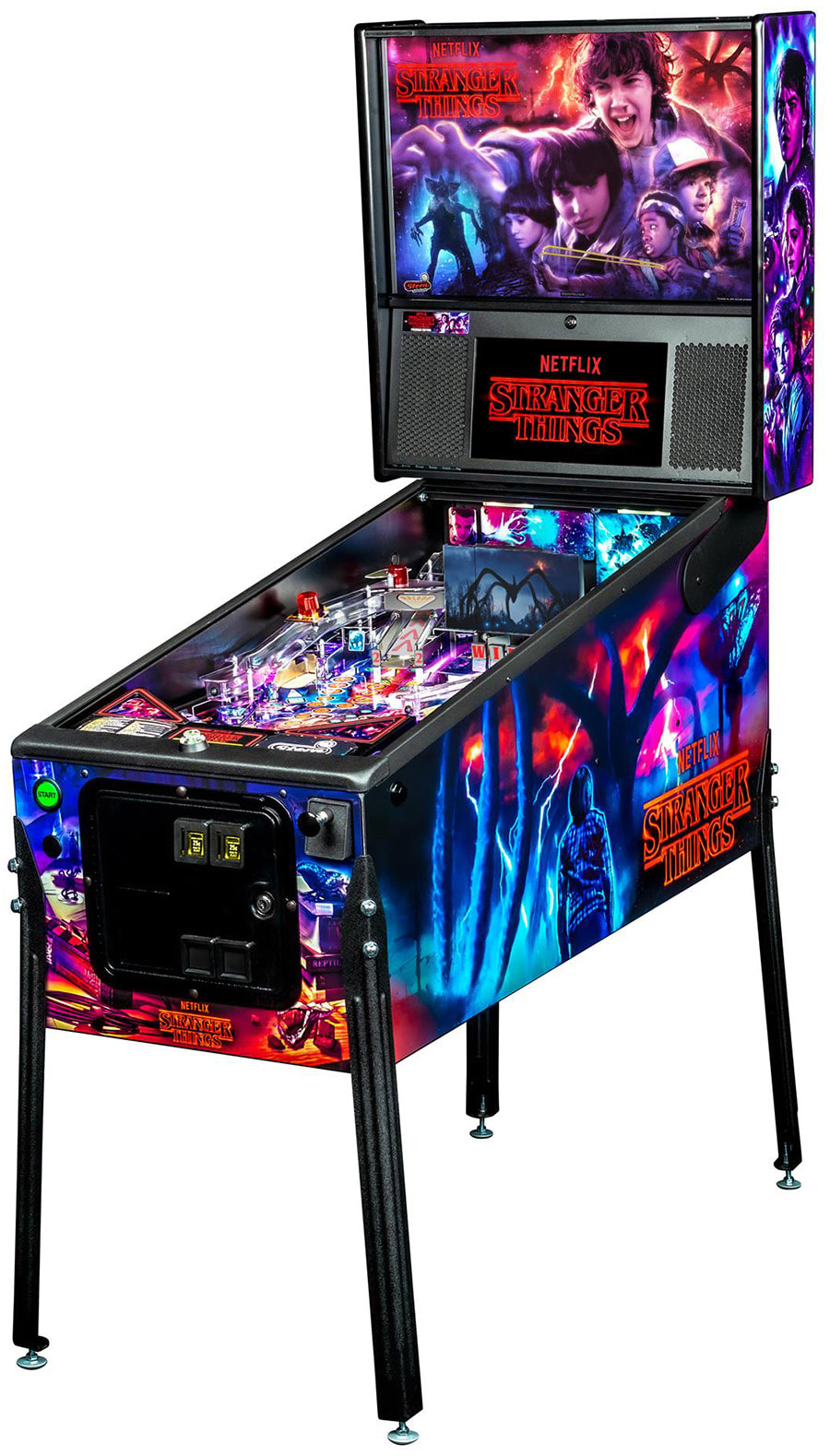 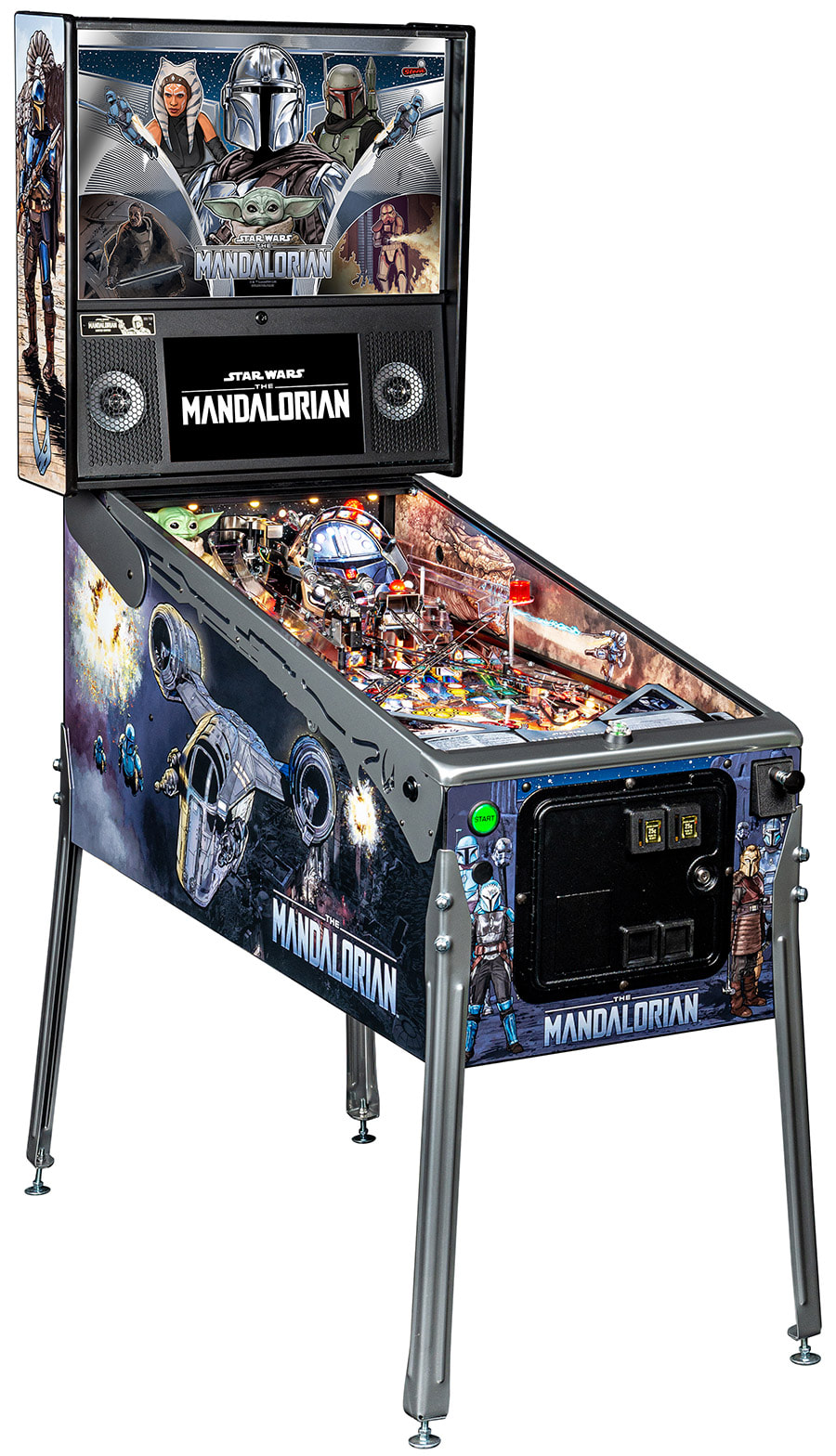 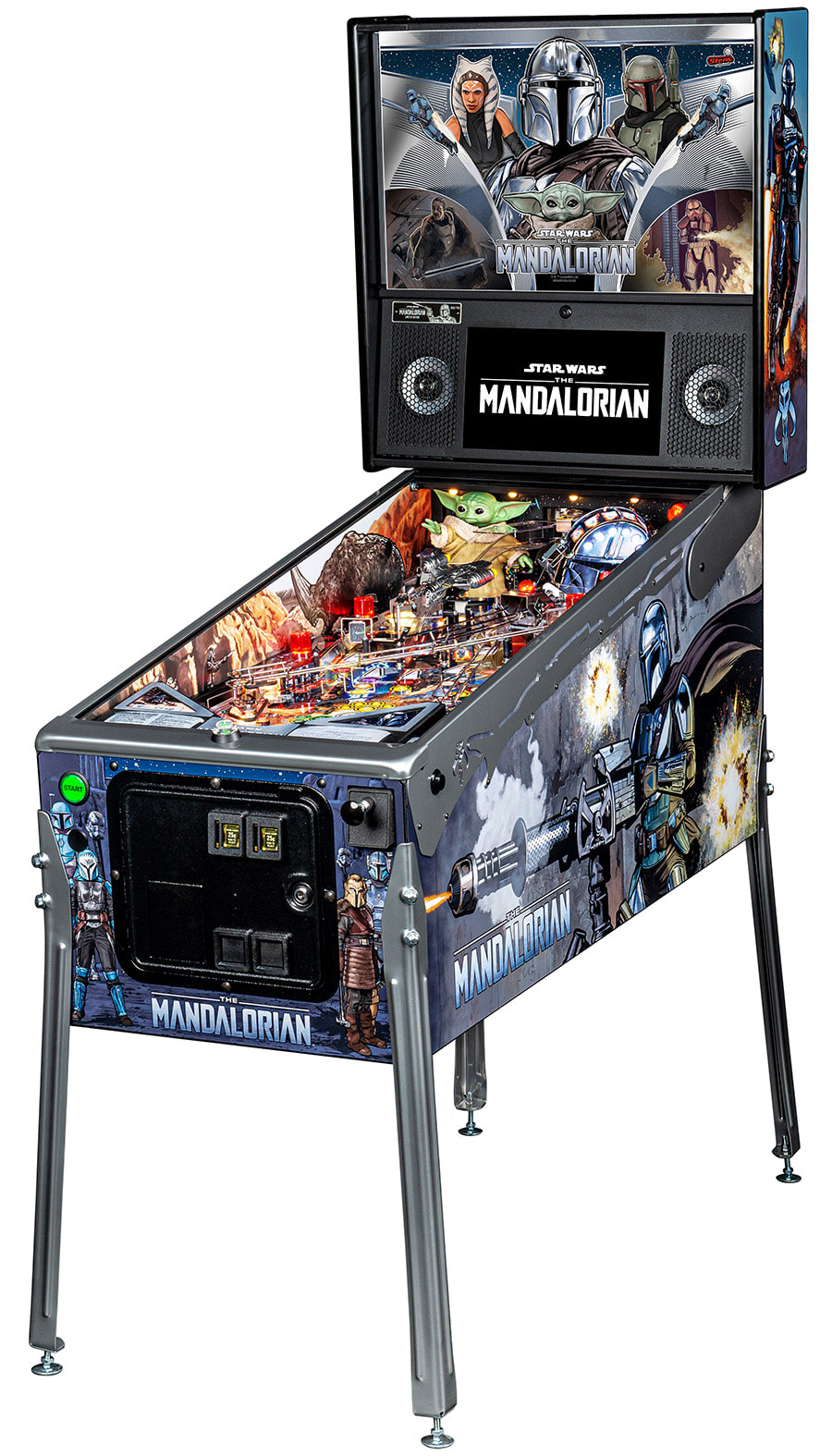 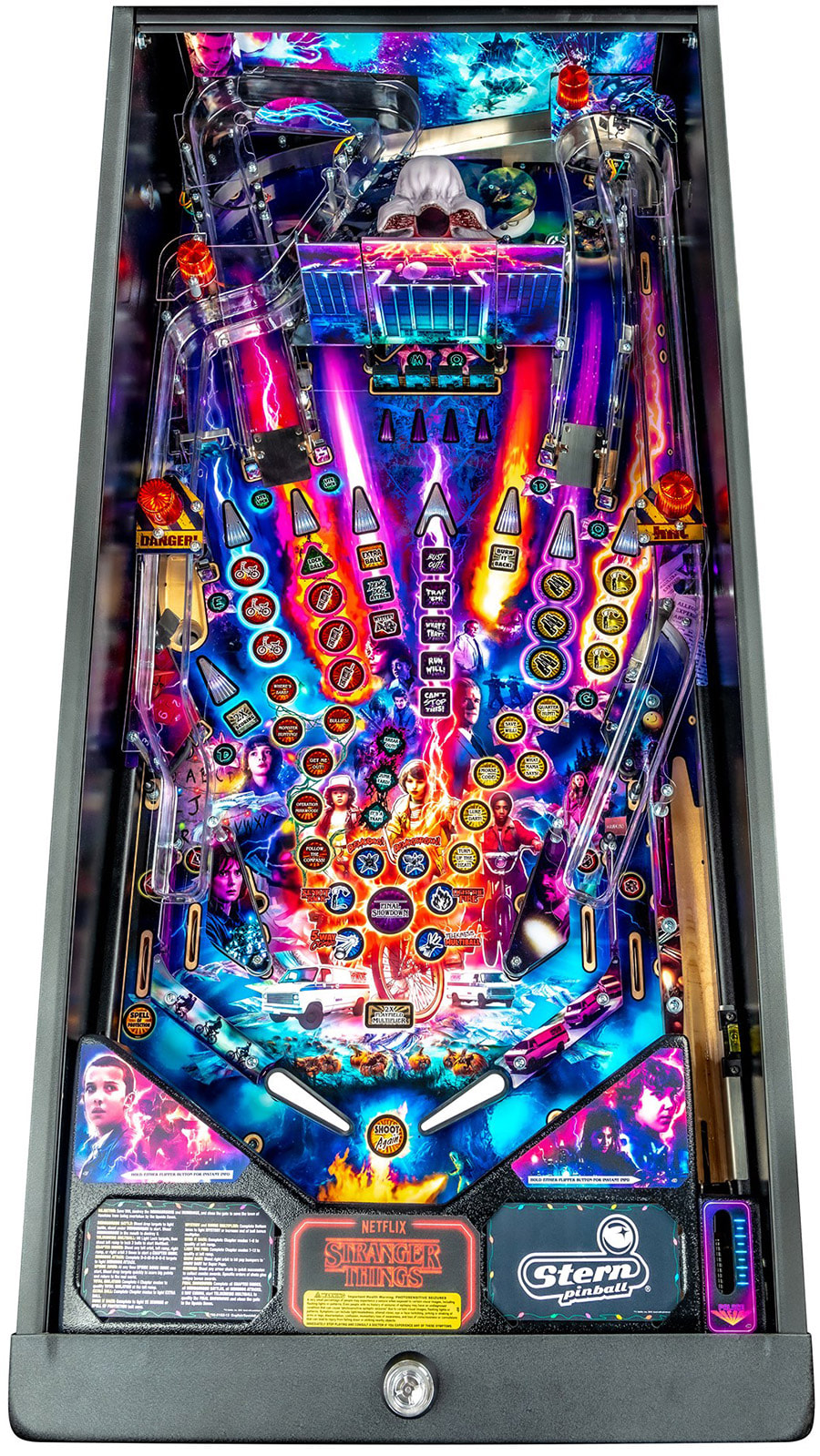 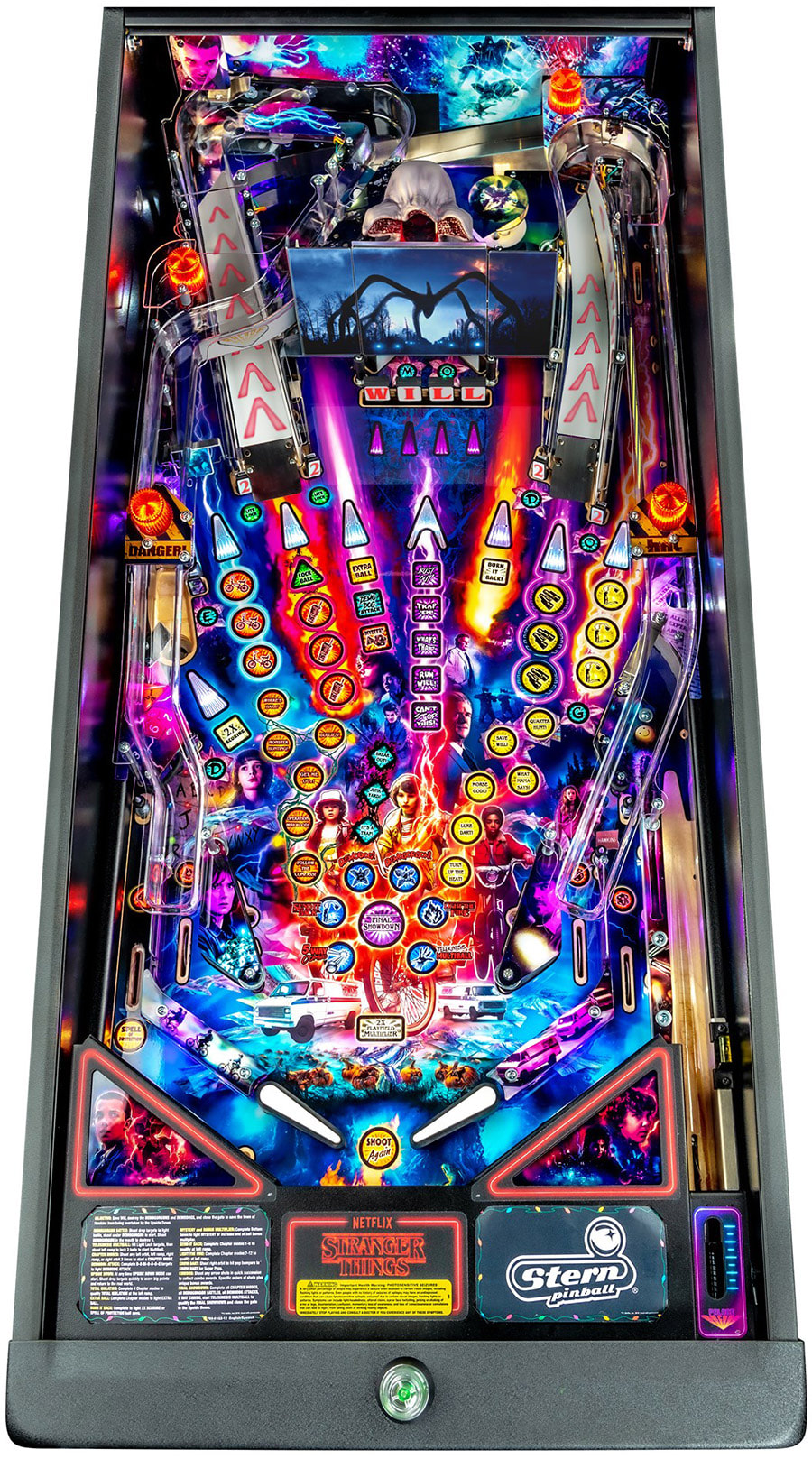 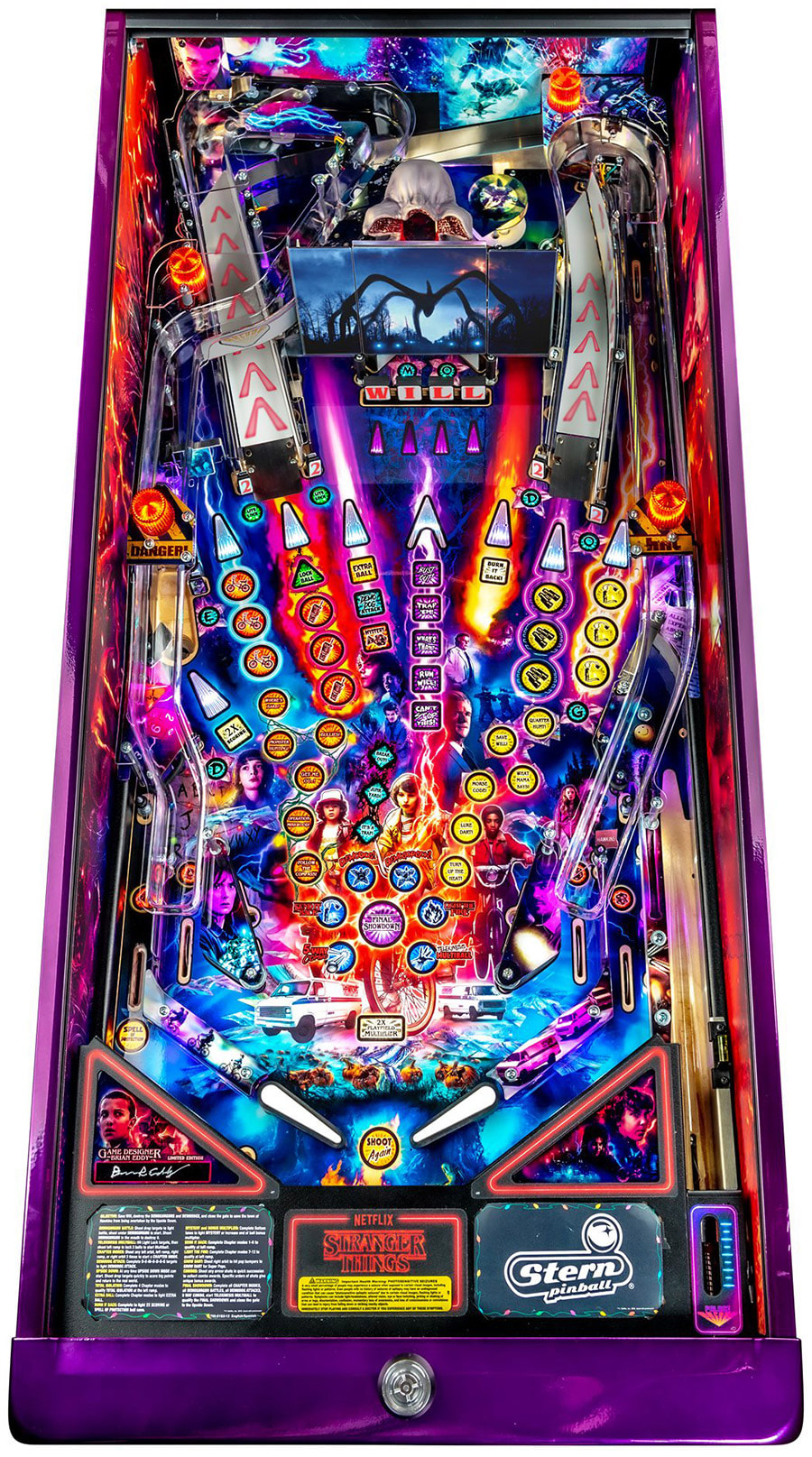 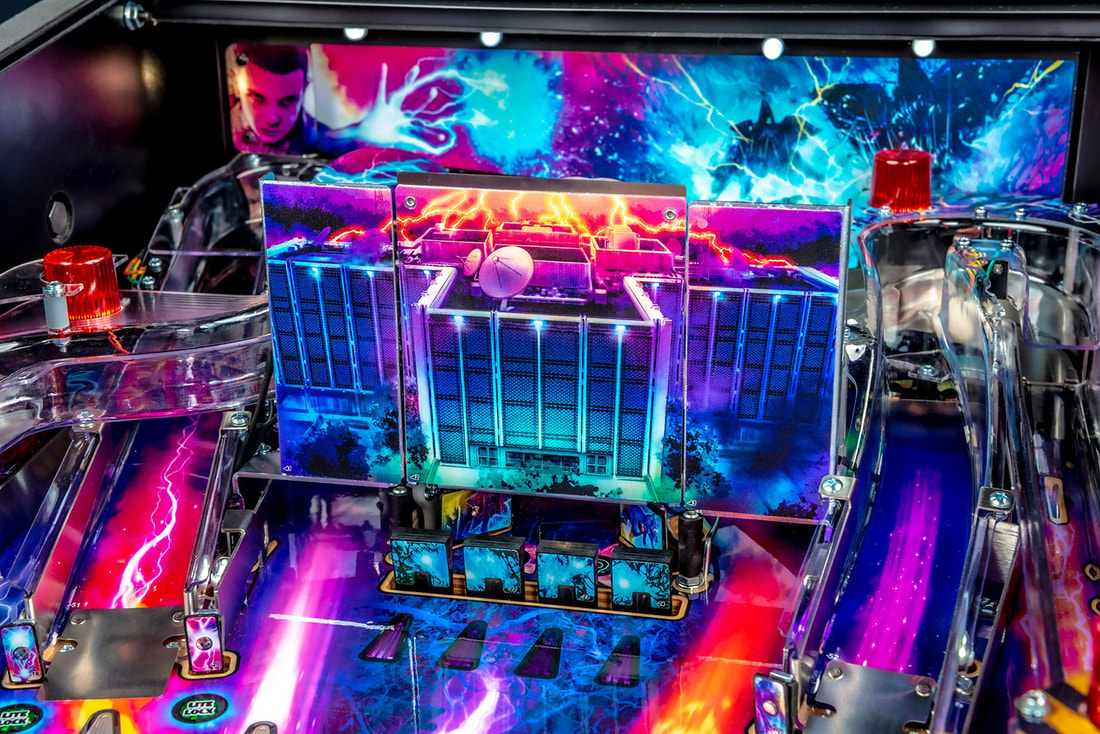 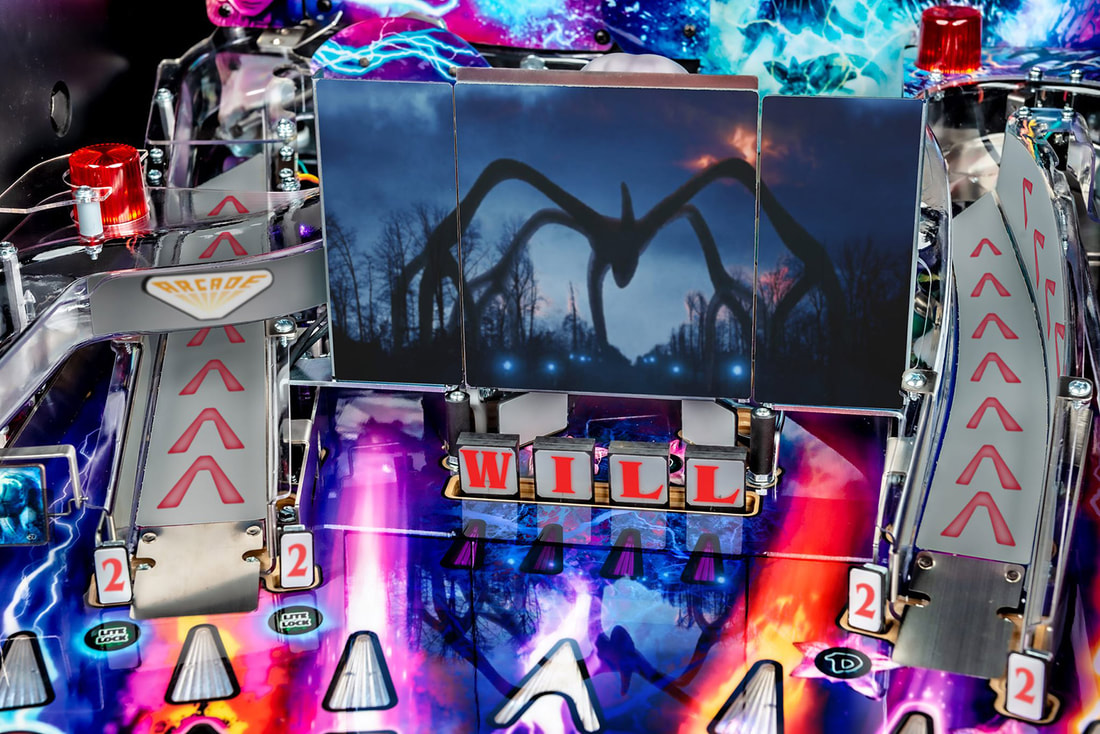 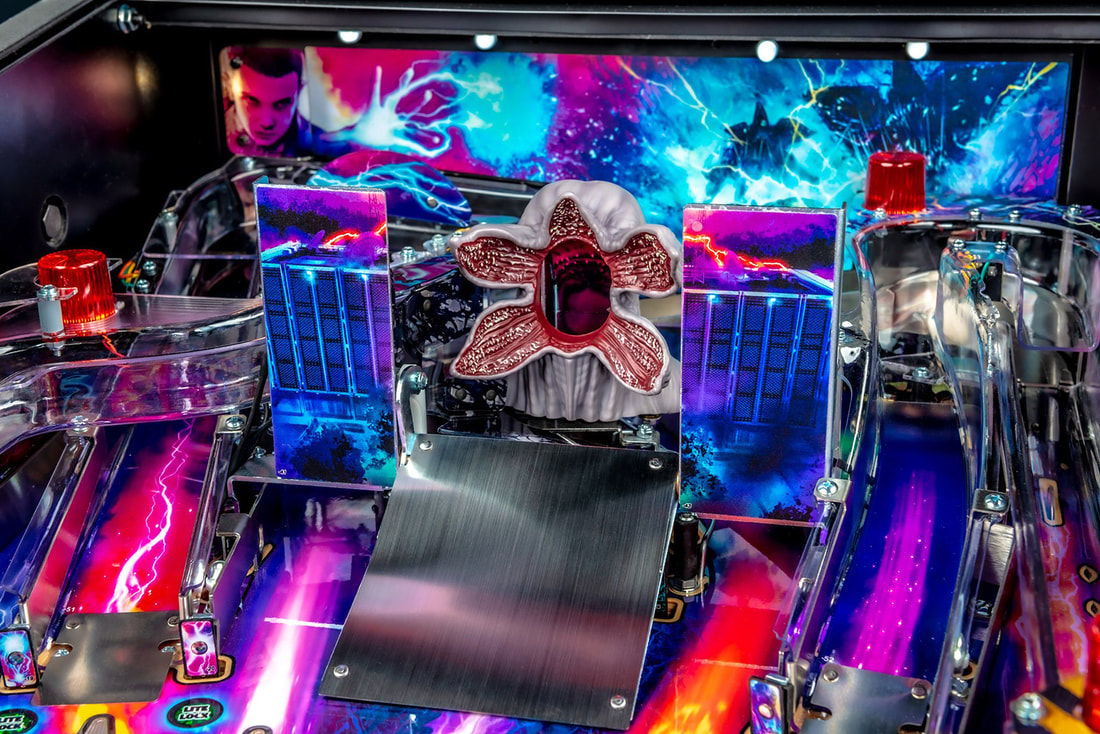 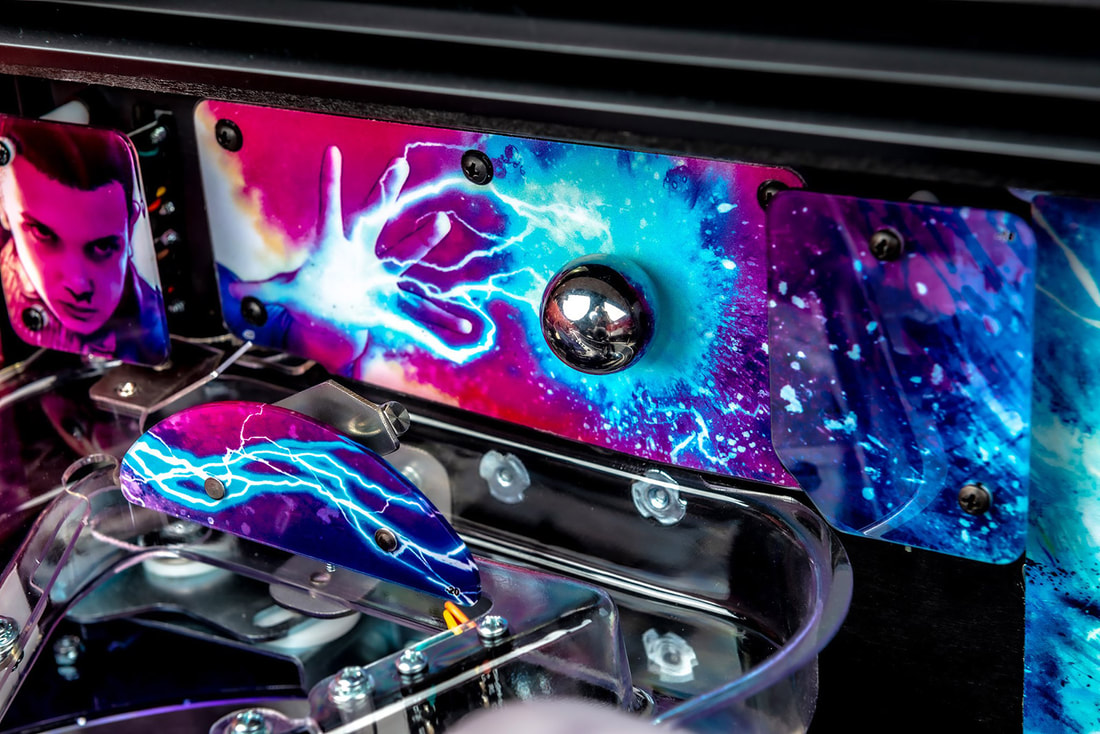 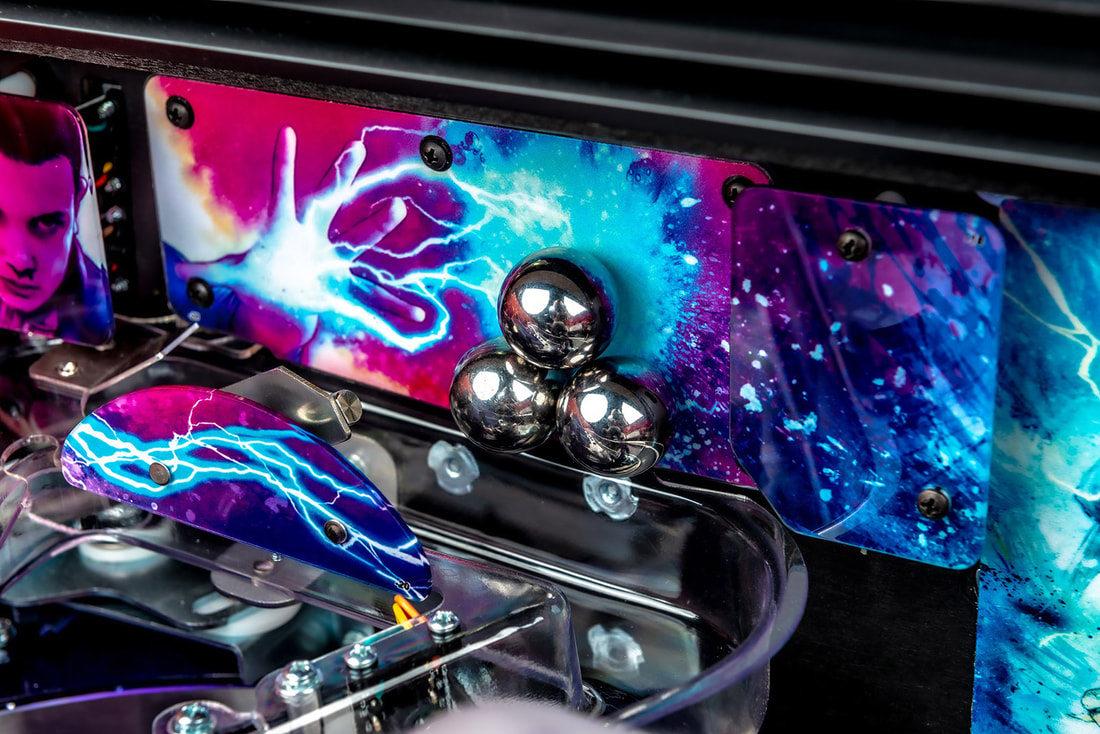 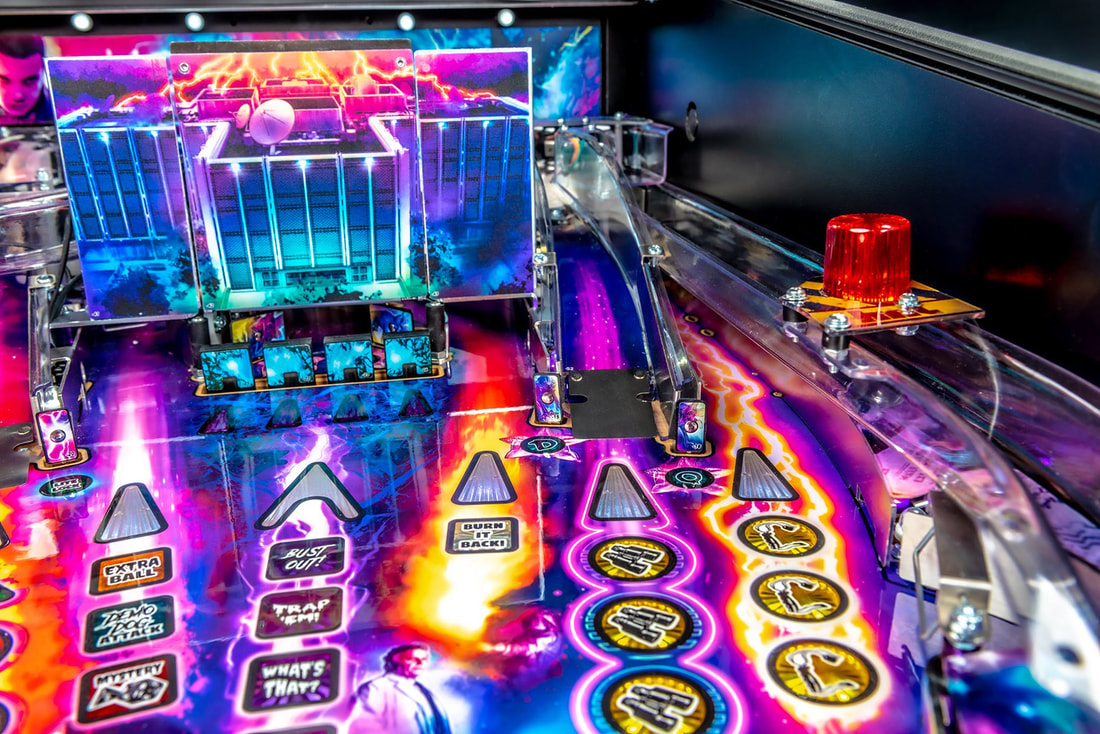 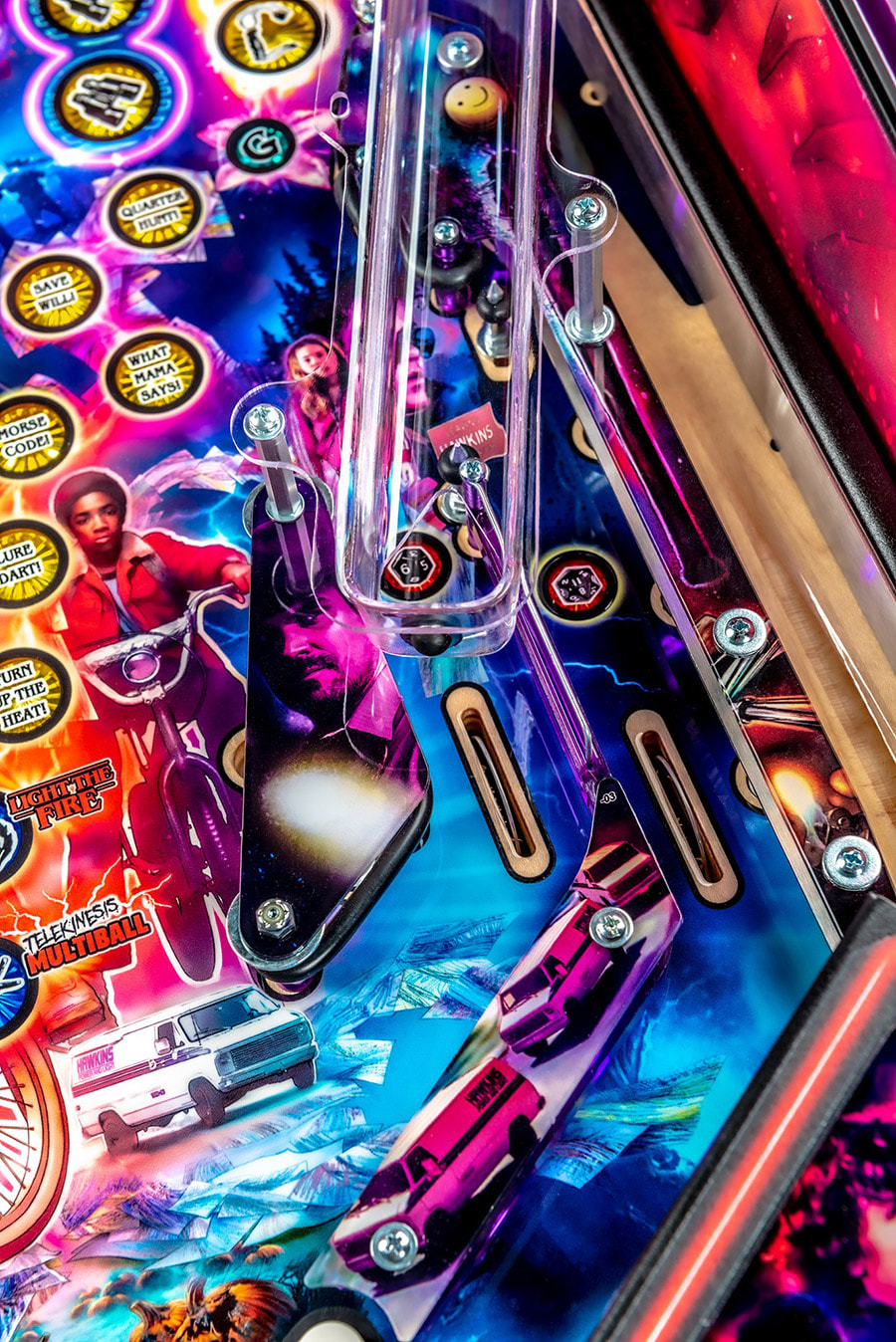 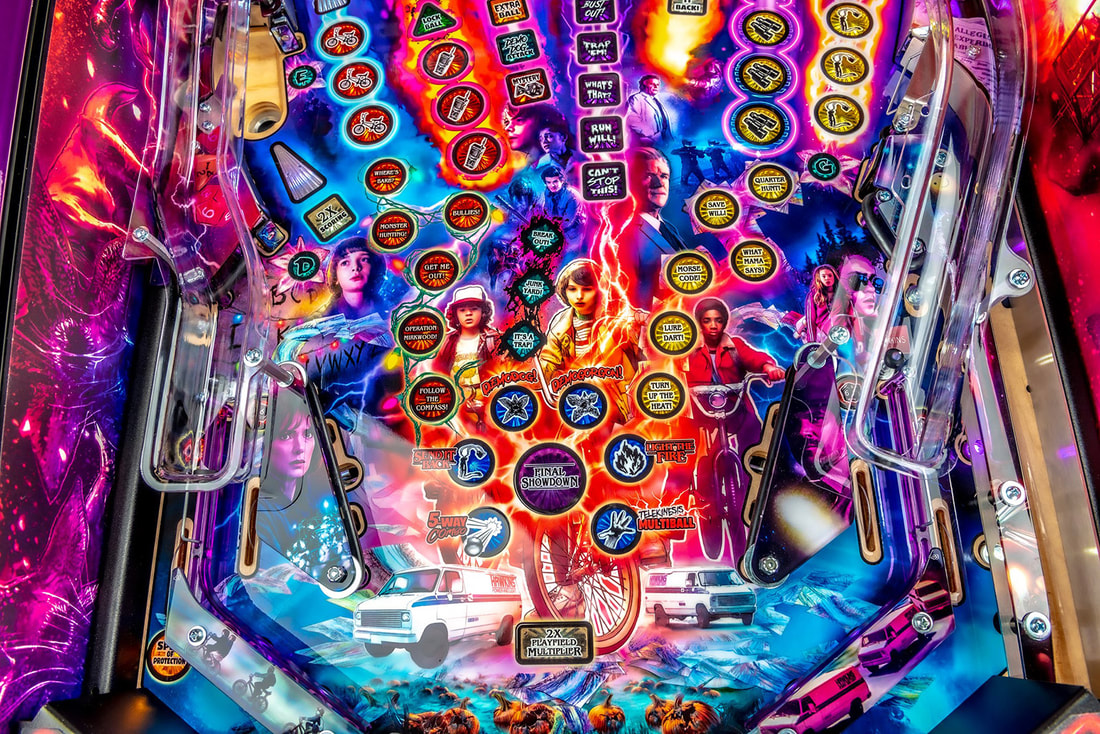 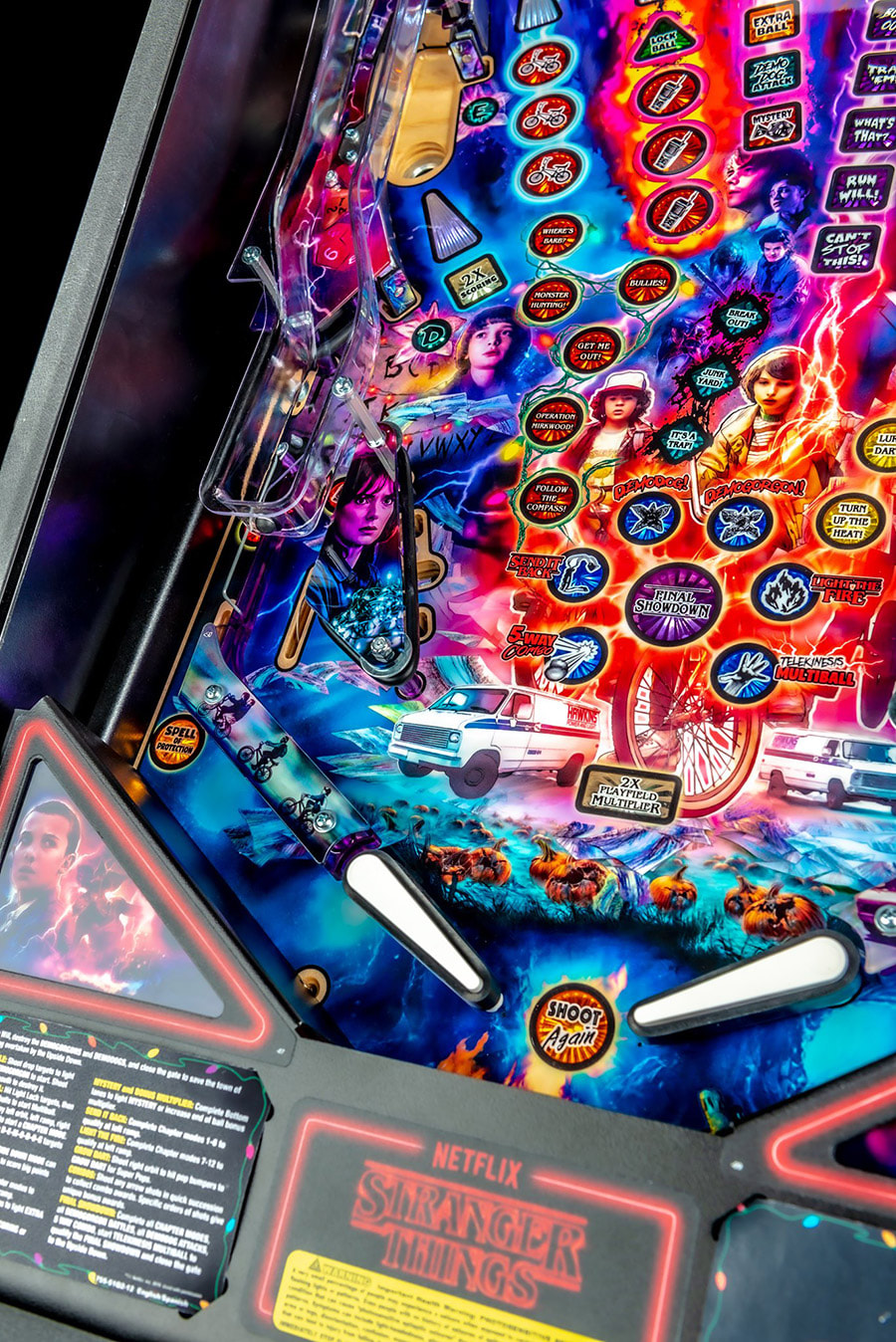 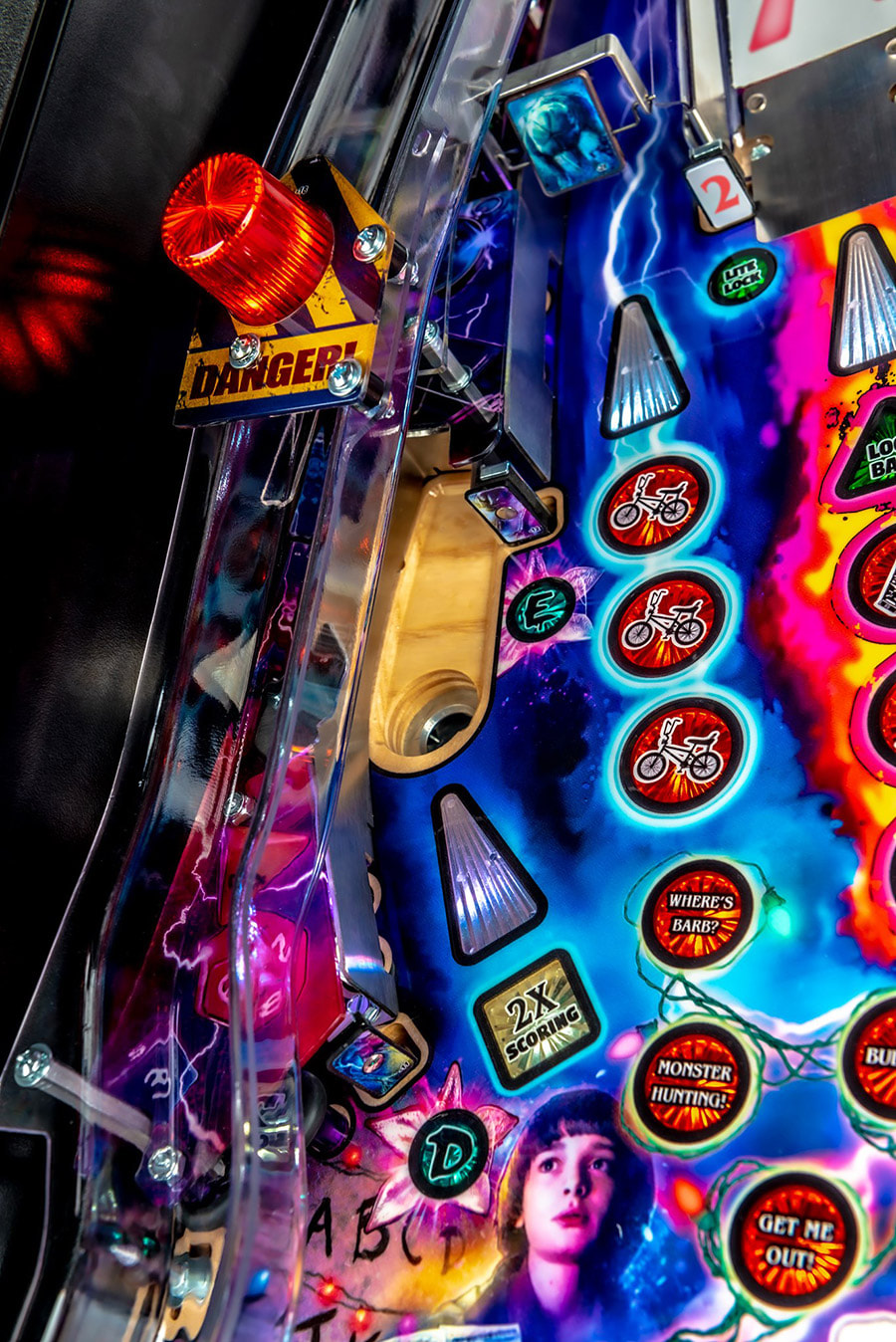 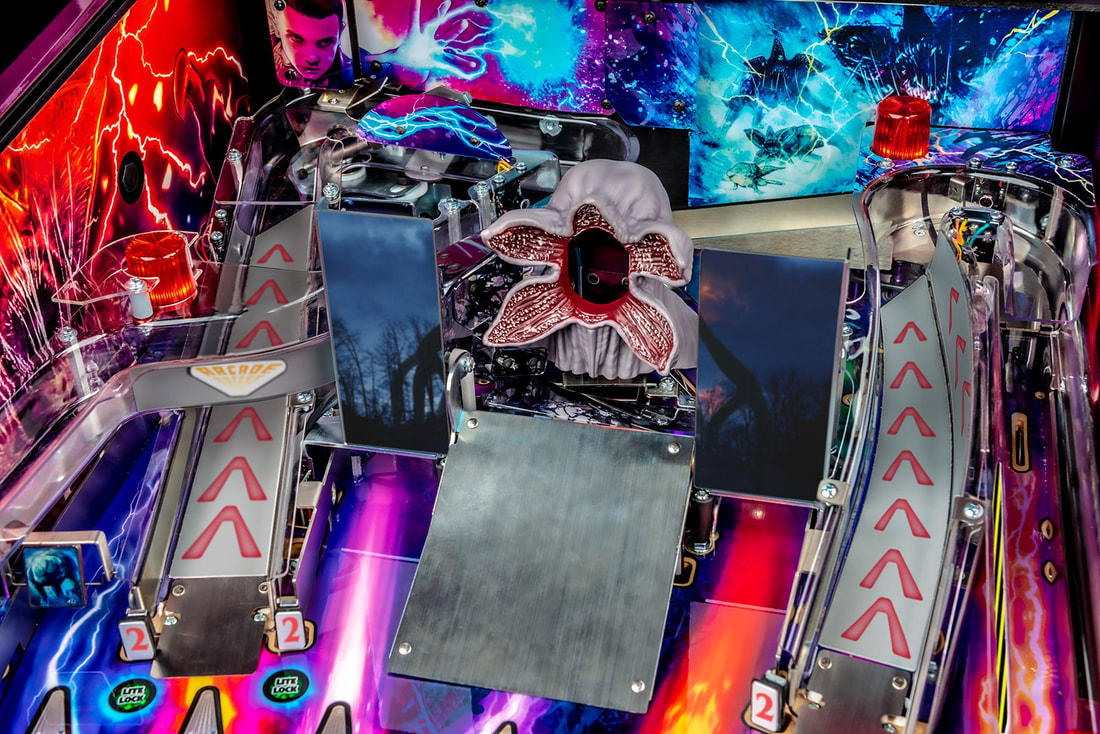 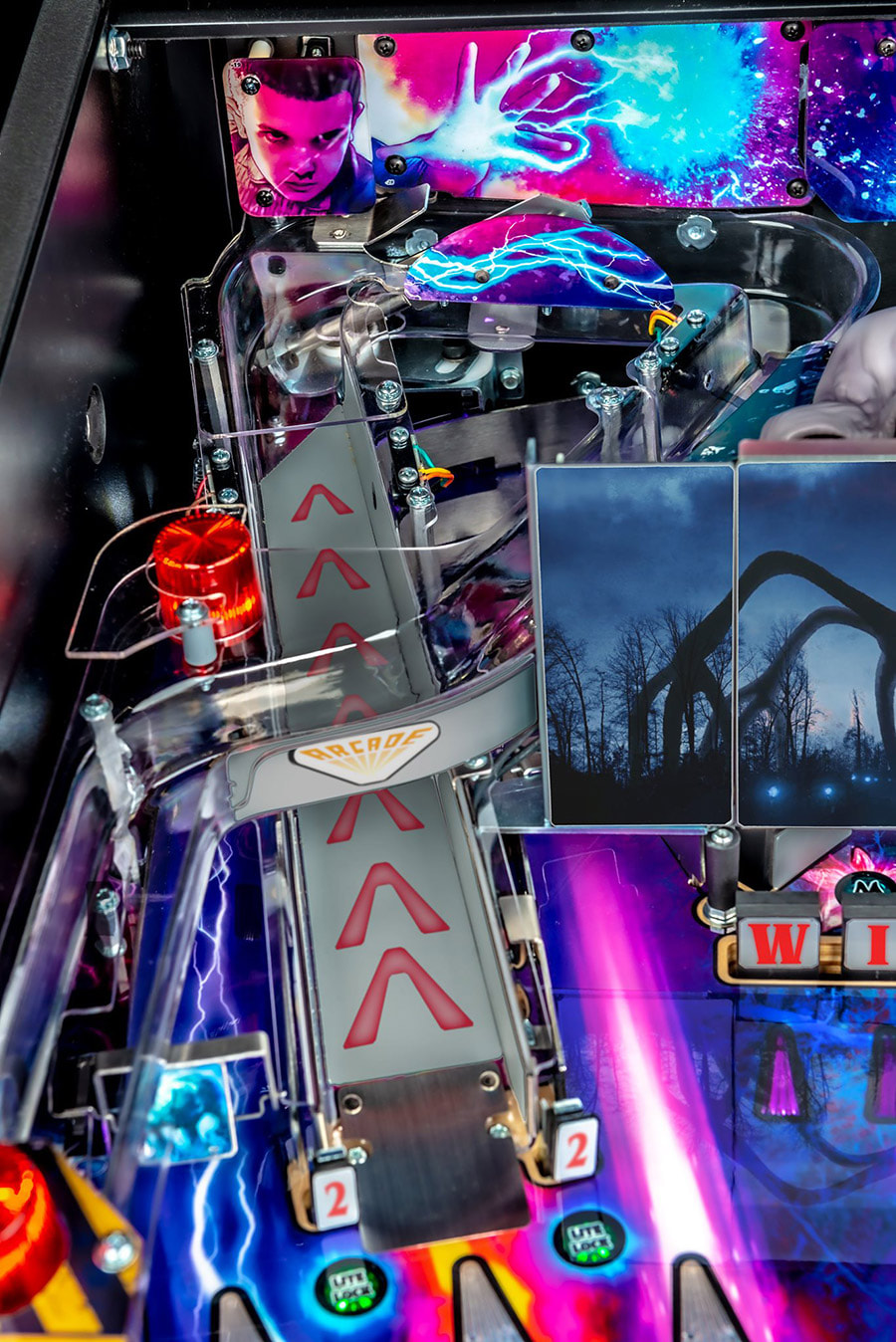 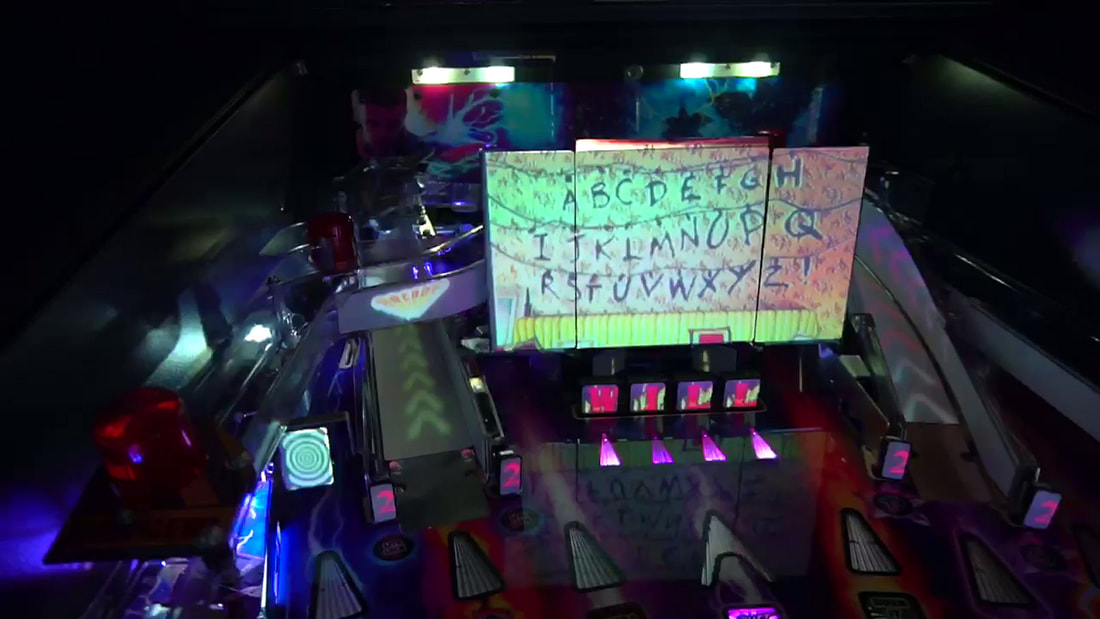 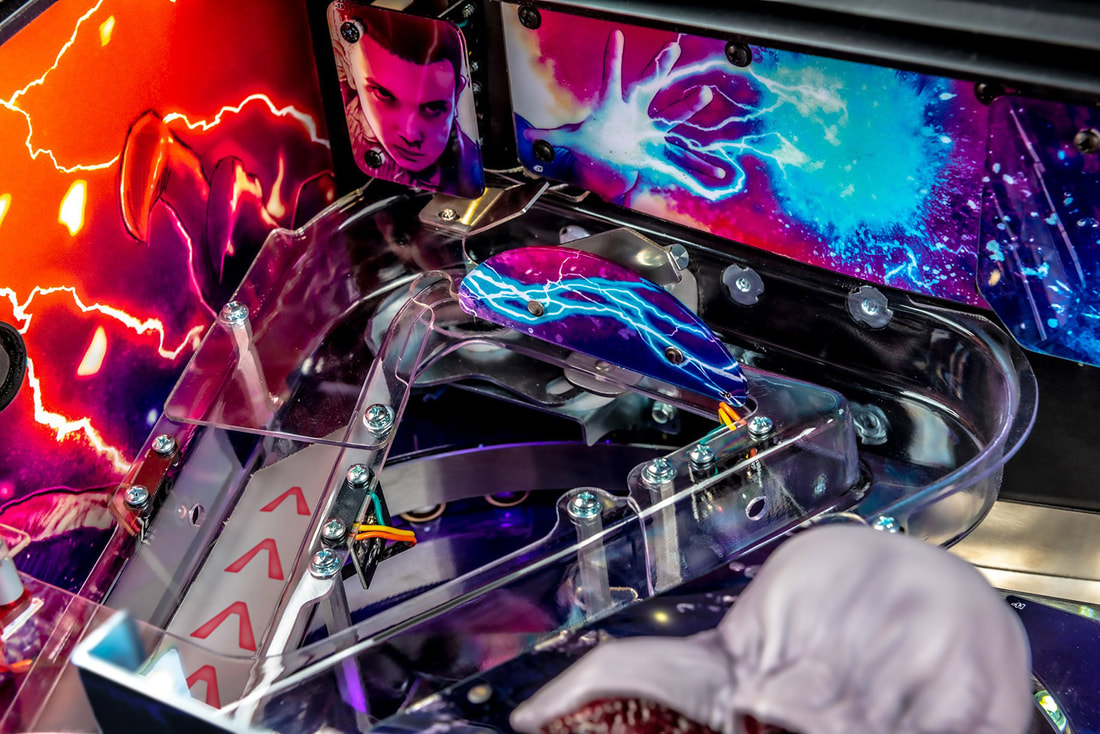 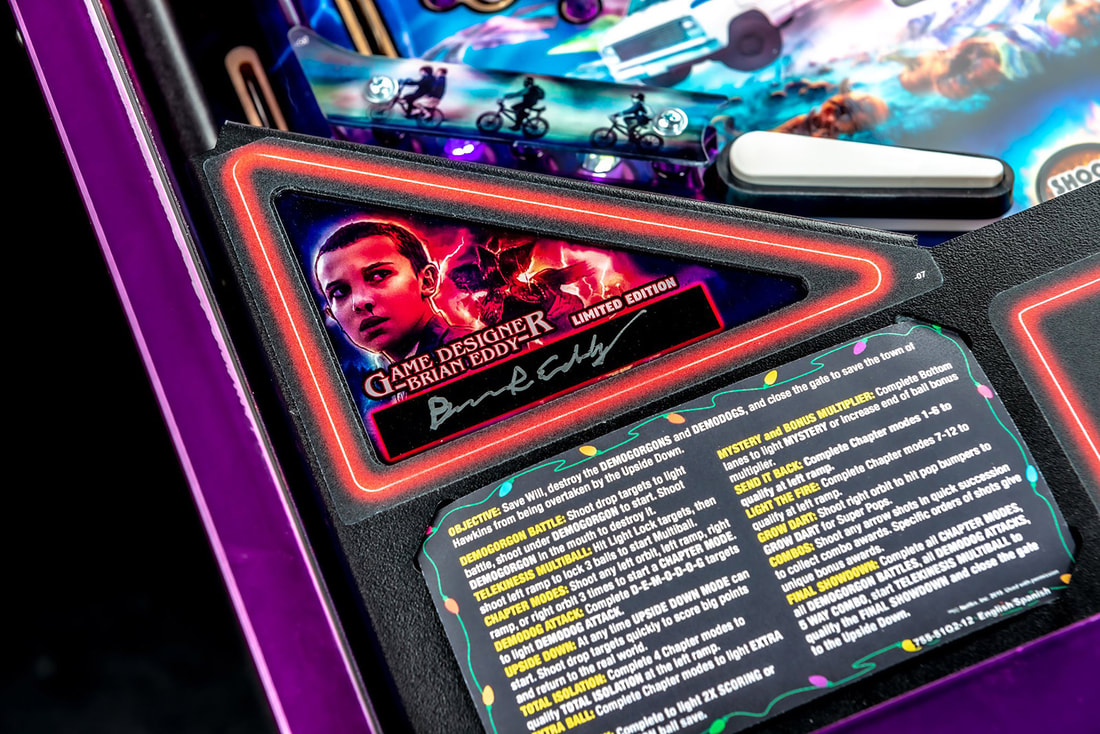 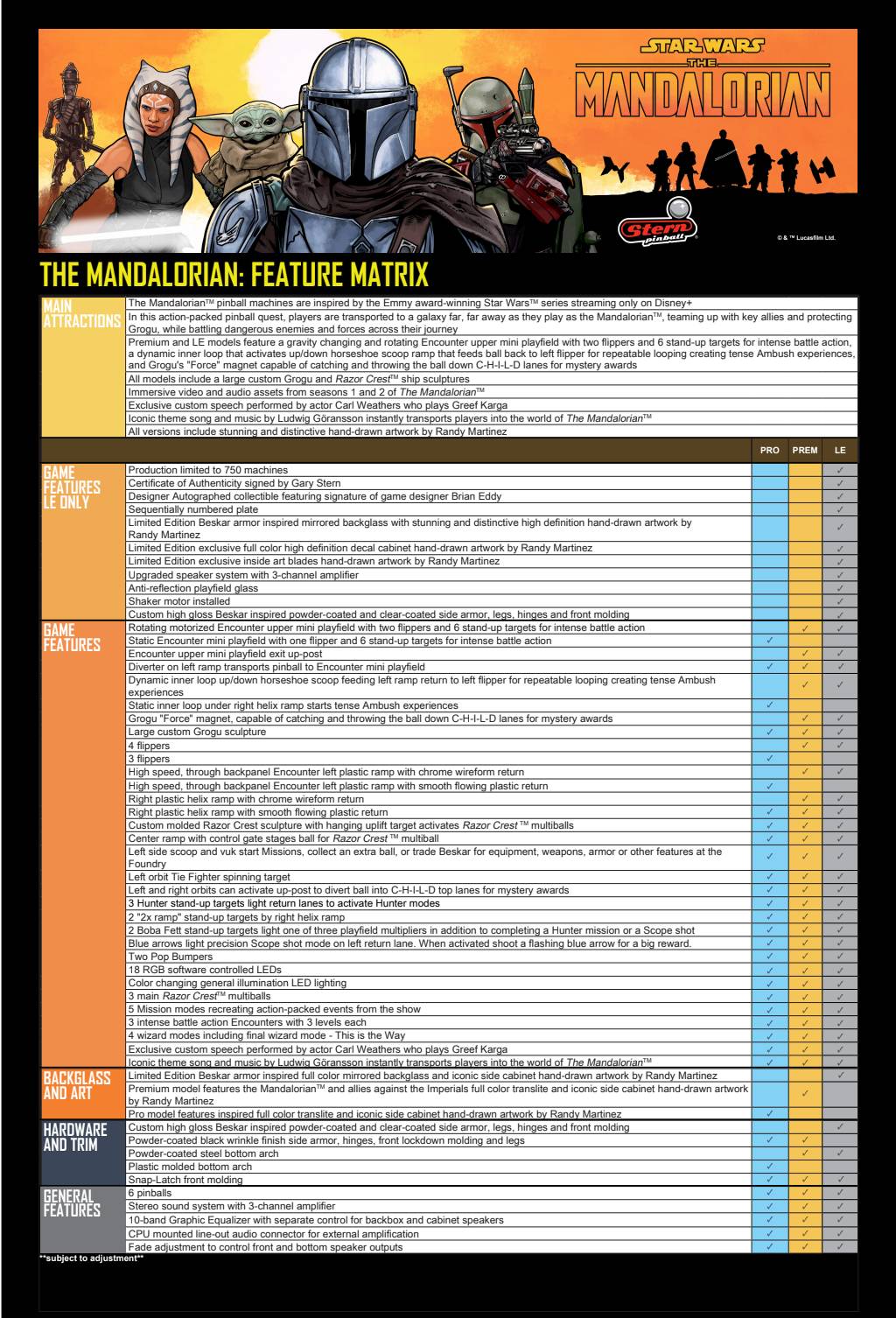