Information was confirmed on Tuesday that  a limited-run of BEATLEMANIA pinball machines will be releasing soon.  A total of  1964 machines will be produced based on the band’s record-breaking year in 1964.  The limited run will be broken down to 100 Diamond Editions, 250 Platinum Editions and 1,614 Gold Editions for a total of 1,964 machines. .
​It is said that a official anoucment will be made by Stern in early November. Pricing hasn't been announced yet , but I have seen a dealer advertising the Gold Edition for $8195. Rumors hint that this could be one of the most expensive pinball machines that  Stern has made to date.
​More detailed info coming soon!

​The Beatles and Stern Pinball Announce the First and Only Beatles Pinball Machine Ever Made!
Only 100 Diamond Edition Games Only 250 Platinum Edition Games Only 1614 Gold Edition Games Only 1964 Games in Total
ELK GROVE VILLAGE, IL – October 29, 2018 – Stern Pinball, Inc., a global lifestyle brand based on the iconic and outrageously fun modern American game of pinball, in collaboration with Ka-Pow Pinball, proudly announced today the availability of the one- of-a-kind Beatles pinball machine. Only 1964 units will be produced in recognition of the year in which the world forever changed when Ed Sullivan introduced America to four young mop-topped musicians from Liverpool, England. The deal was brokered by Bravado Merchandising, the Beatles North American licensing agent.
The game is available in three models named for the recording industry’s sales award levels. The Diamond Edition, the highest level and most difficult to attain, is limited to only 100 units. The Platinum Edition is limited to only 250 units. The Gold Edition is limited to 1614 units.
The Beatles pinball machine will immerse players in 1960’s Beatlemania and feature eight timeless hit songs from that era:
A Hard Day’s Night
Can’t Buy Me Love
Ticket to Ride
All My Loving
Help
Drive My Car
It Won’t Be Long
I Should Have Known Better
The game also features iconic introductions by Ed Sullivan along with custom speech and callouts by Hall of Fame disk jockey, Cousin Brucie. Cousin Brucie introduced The Beatles at New York’s Shea Stadium in 1964.
The retro-themed playfield features four flippers, eleven drop targets, eight stand-up targets, multiple skill shots, two opto-spinners, a ball-catching magnet and a magnetic spinning record disc in the center of the playfield. Players, friends and family will enjoy full screen animations as well as simulated reel scoring on the game’s high definition video screen.
All models feature unique art packages and custom powder-coated armor. The 100 Diamond Editions are numbered, certified collectible and include a mirrored backglass. The 250 Platinum Editions are numbered and certified collectible.
Complementing the immersive Beatlemania theme and exciting gameplay experience, Stern Pinball’s powerful SPIKETM electronics hardware system enables high-definition graphics and innovative animations on the high-definition video display. SPIKETM reduces system complexity and energy usage resulting in enhanced reliability and simplified servicing. The state-of-the-art electronic system also powers a high-fidelity 3- channel audio system that is three times more powerful than audio systems of previous generations.
“We are very proud of this Beatles pinball machine that was produced in collaboration with our good friend, Joe Kaminkow,” said Gary Stern, Chairman and CEO of Stern Pinball, Inc. “We can’t wait for players to experience Beatlemania when they play this game.”
Pricing and Availability:
Please contact your local Stern Pinball distributor or dealer for availability and pricing. To find an authorized Stern Pinball distributor or dealer in your area, please visit: www.sternpinball.com/buy

All trademarks and product names are the property of their respective companies.
Diamond Edition : Limited to 100 being made 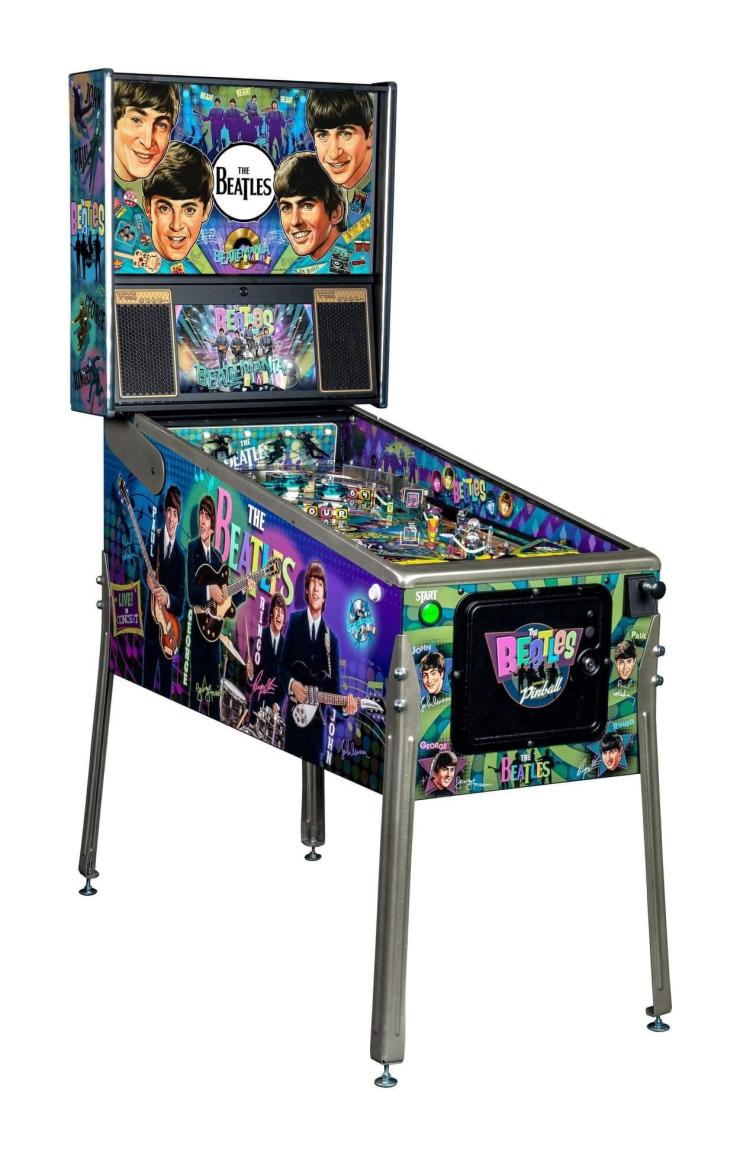 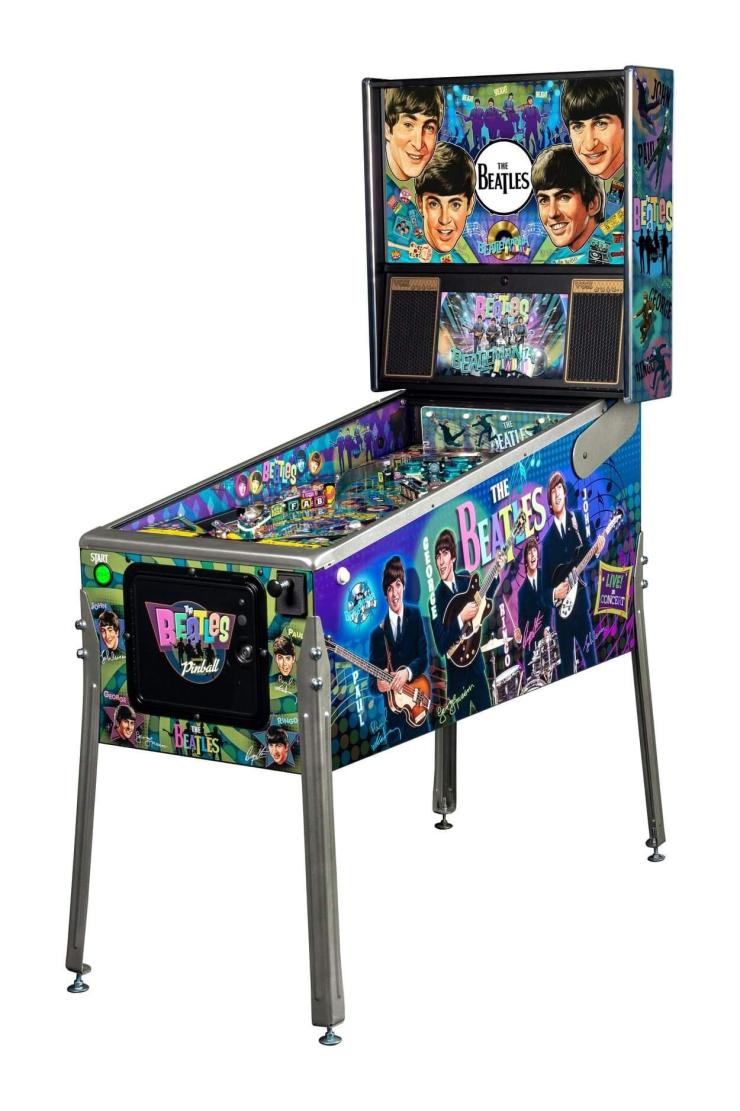 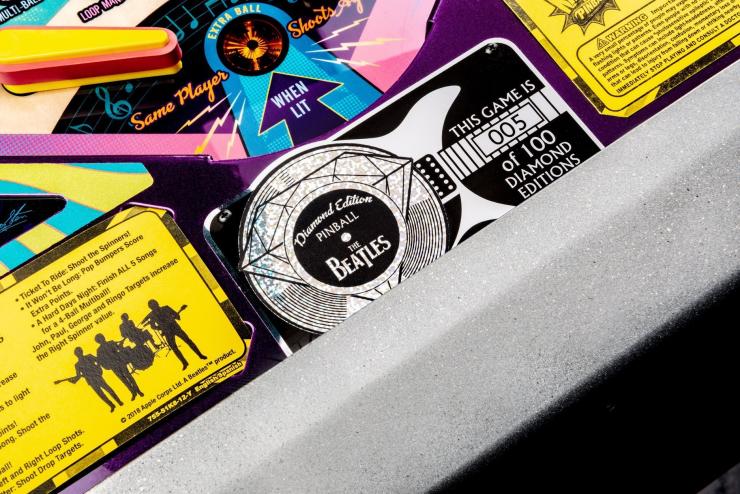 Platinum Edition :  Limited to 250 being made 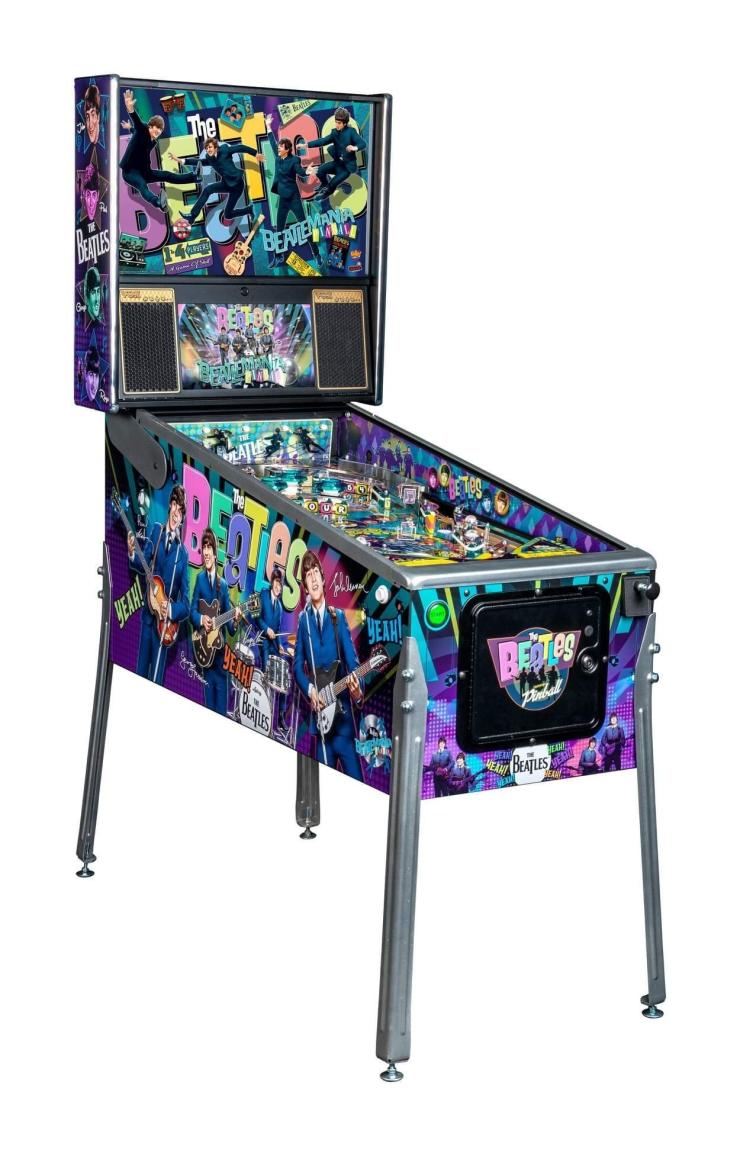 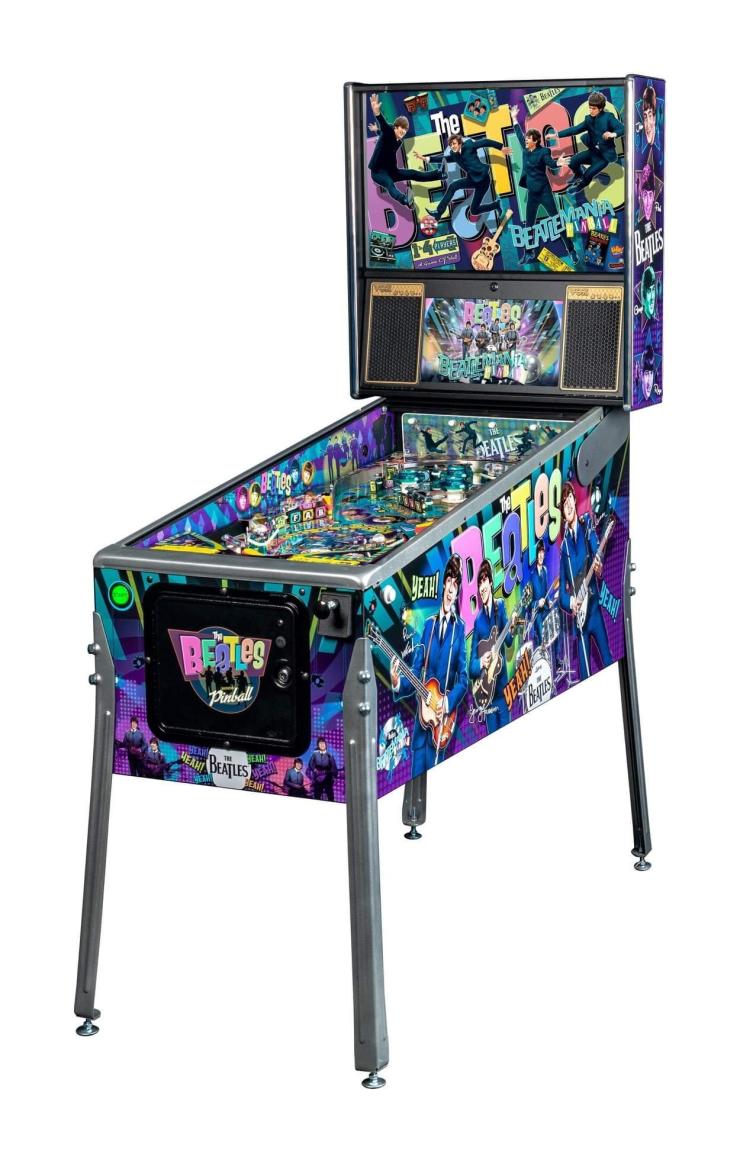 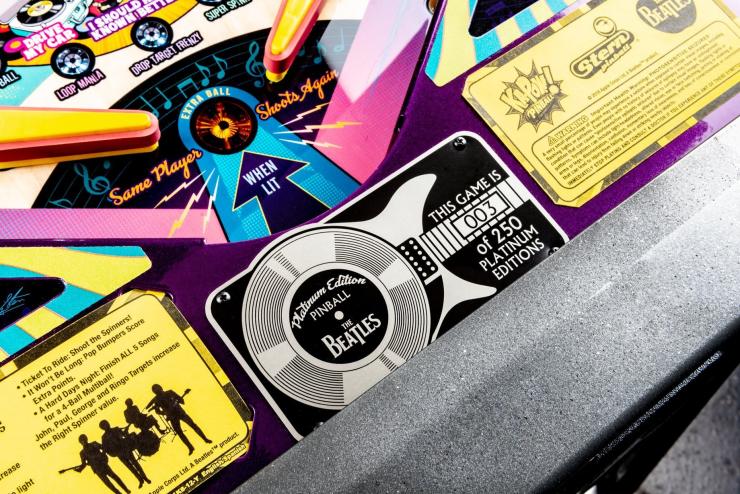 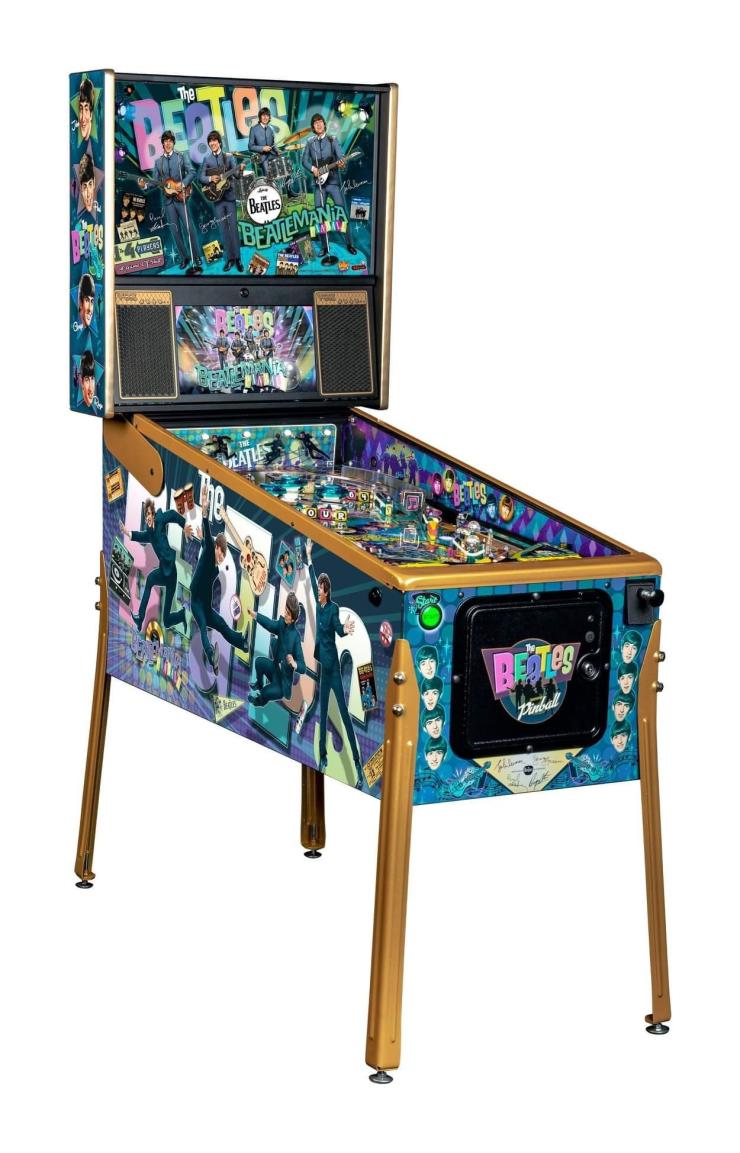 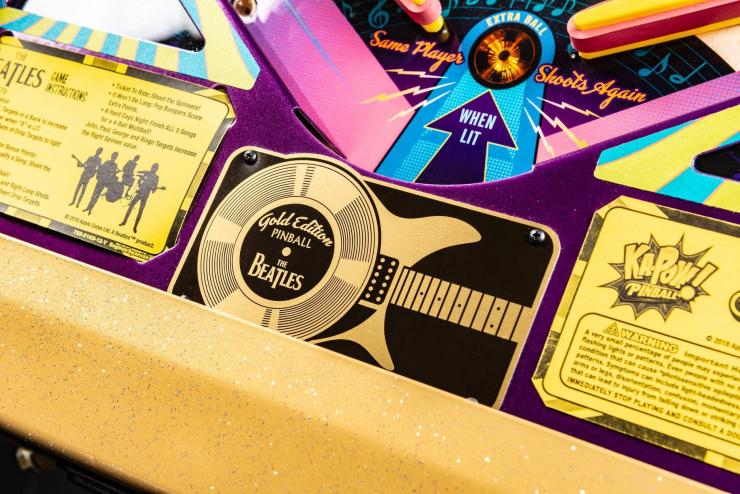 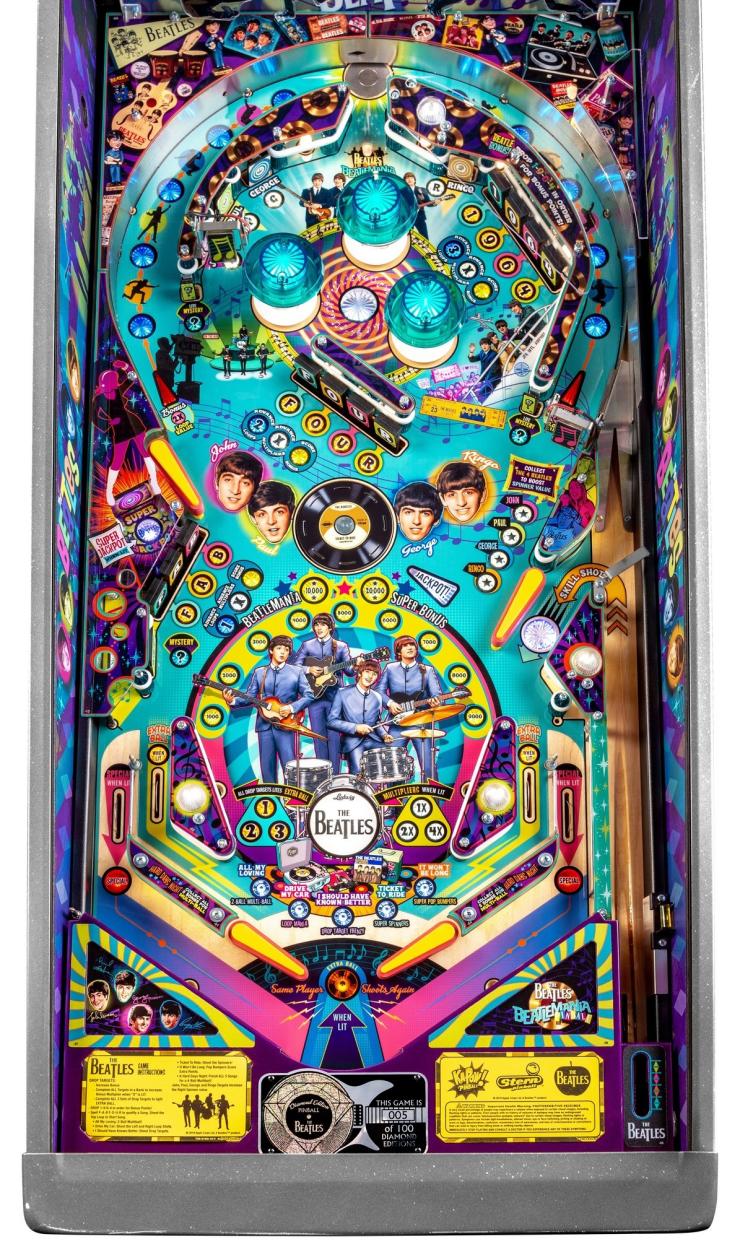 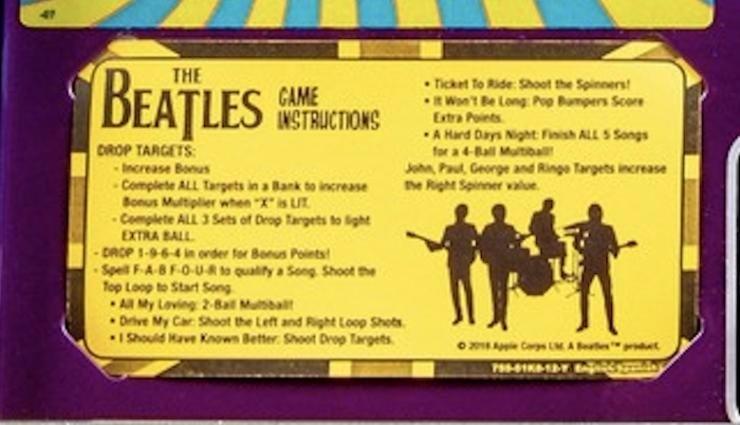 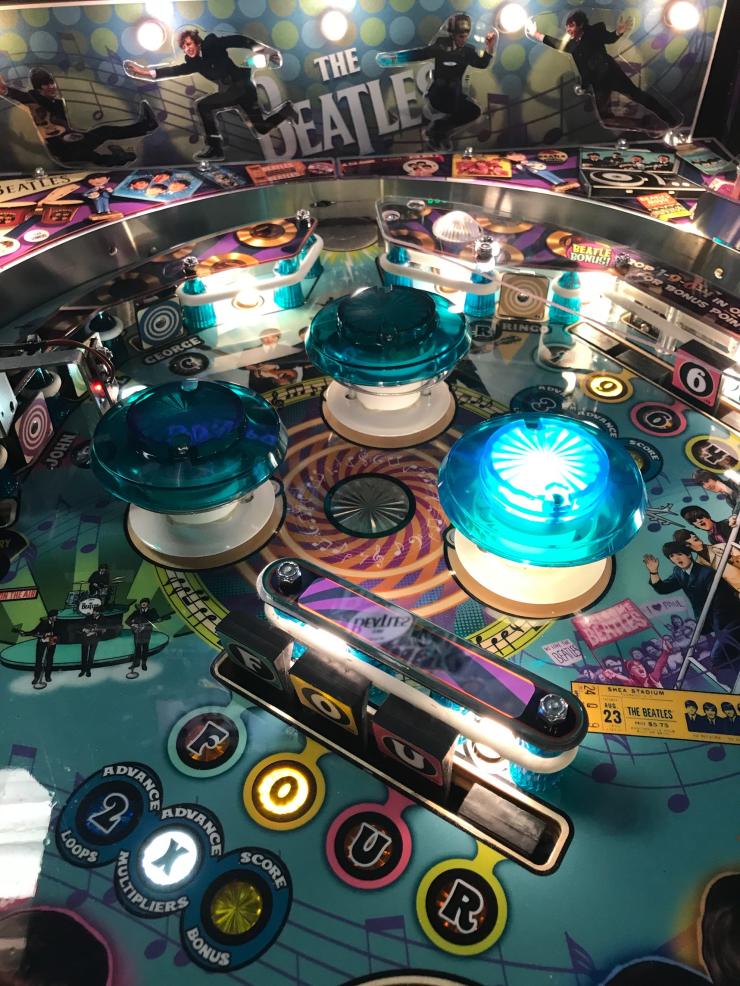 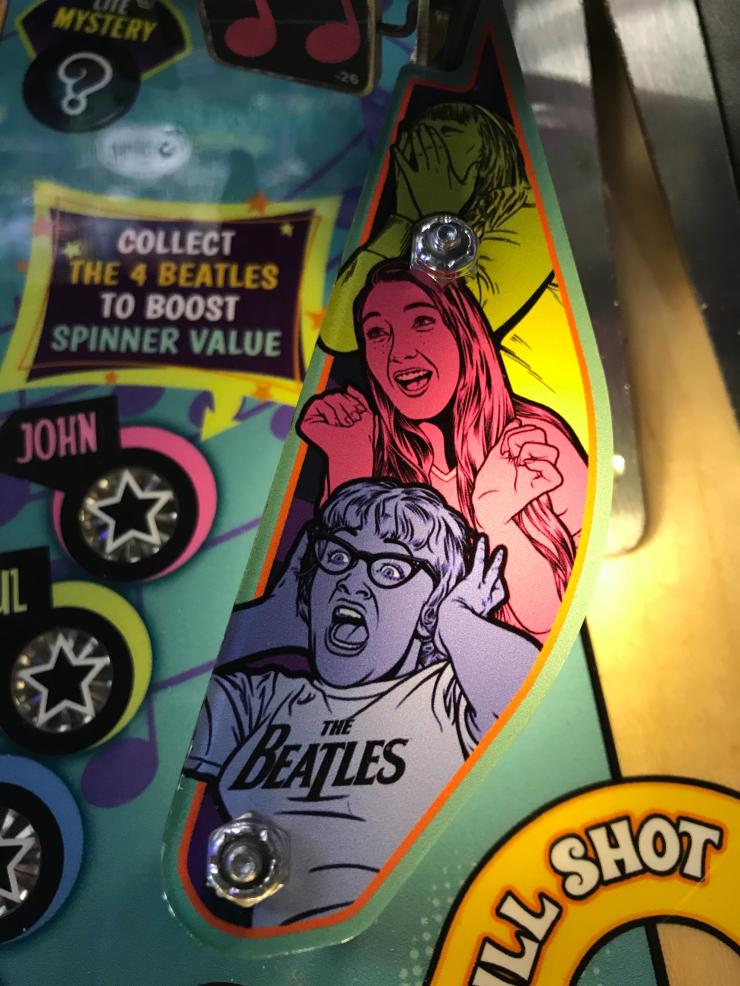 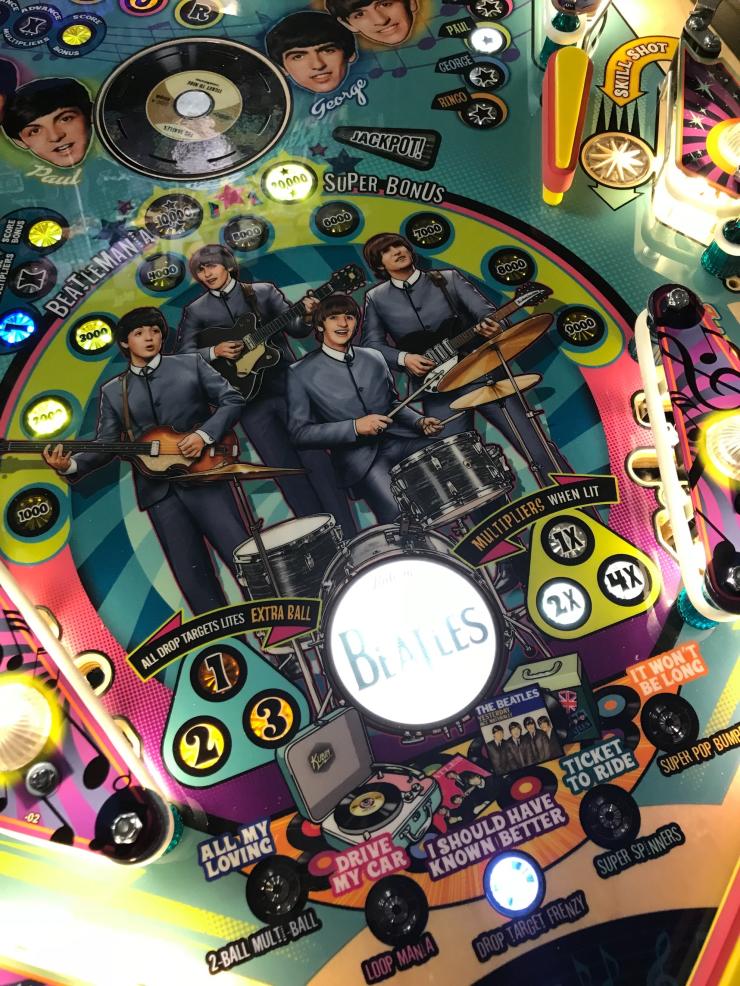 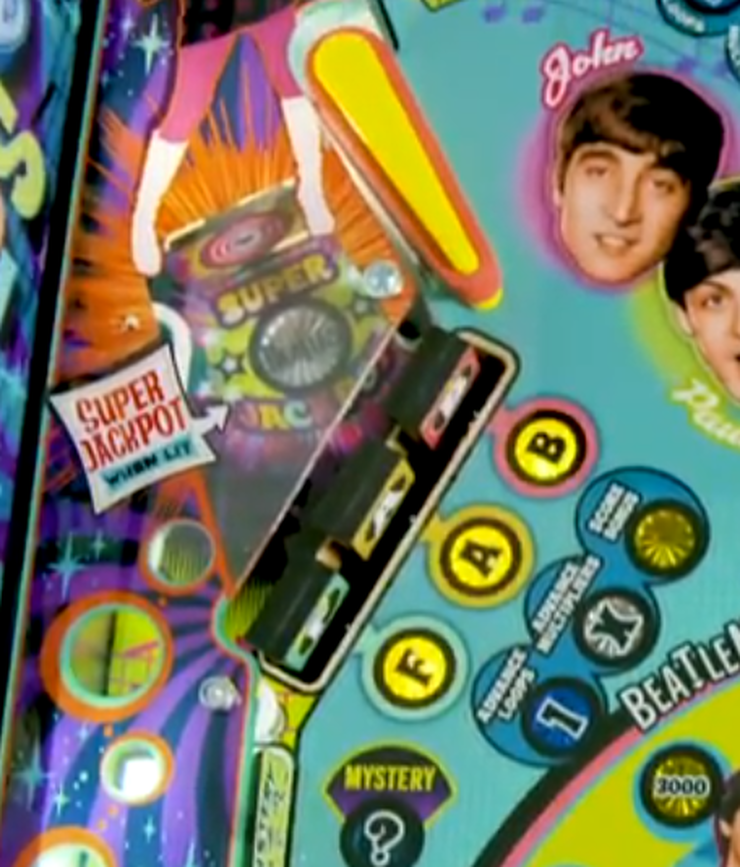 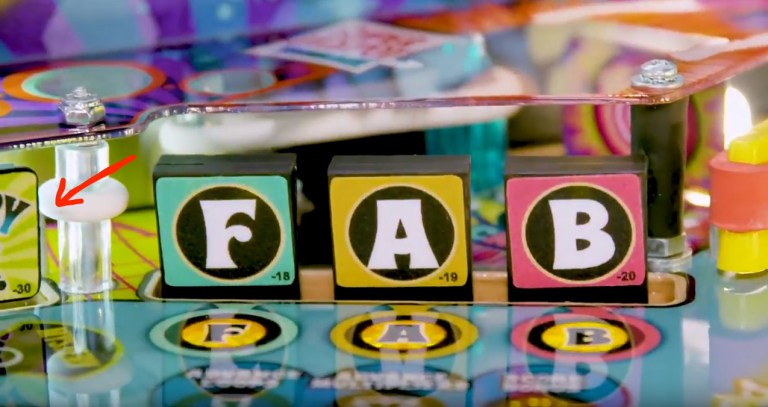 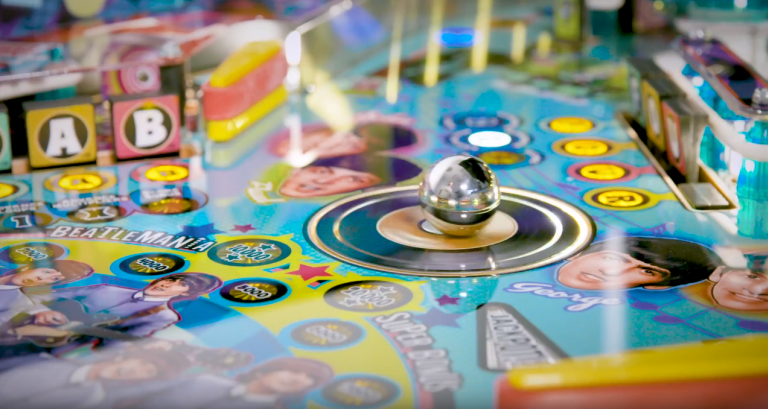 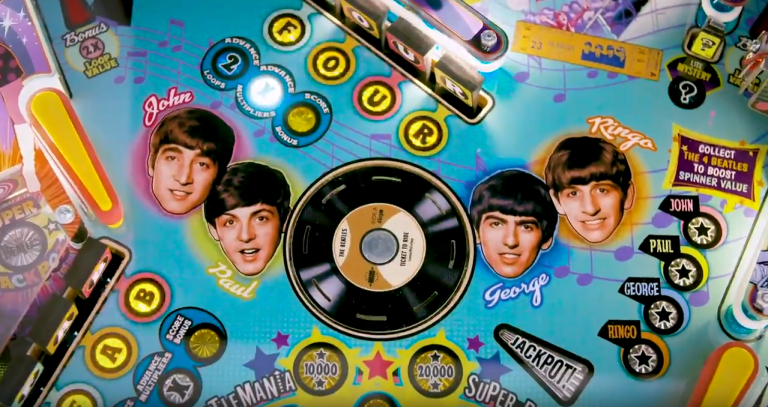 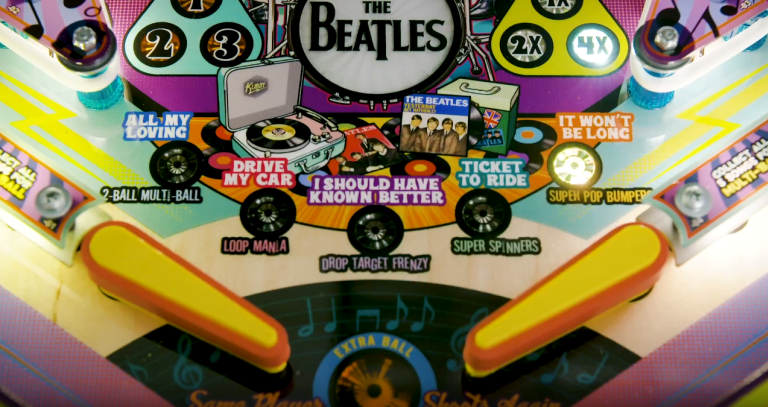 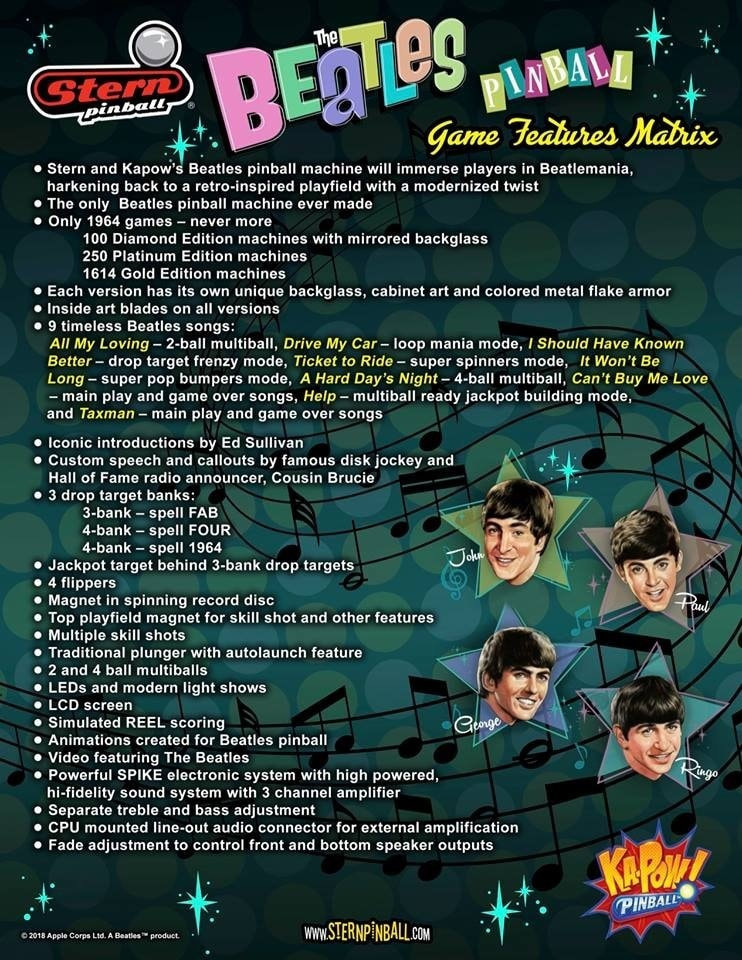 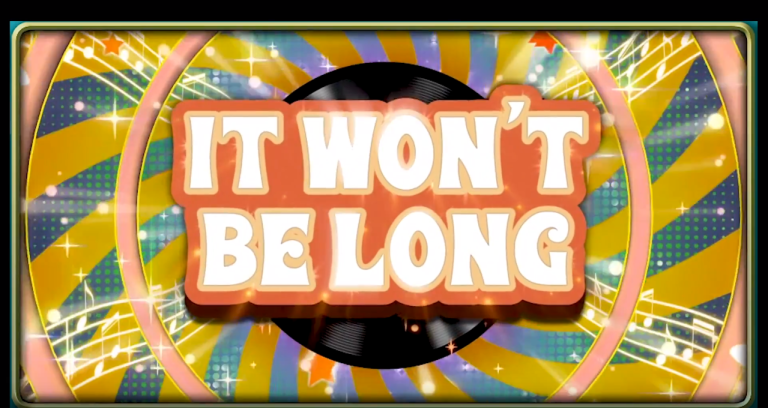