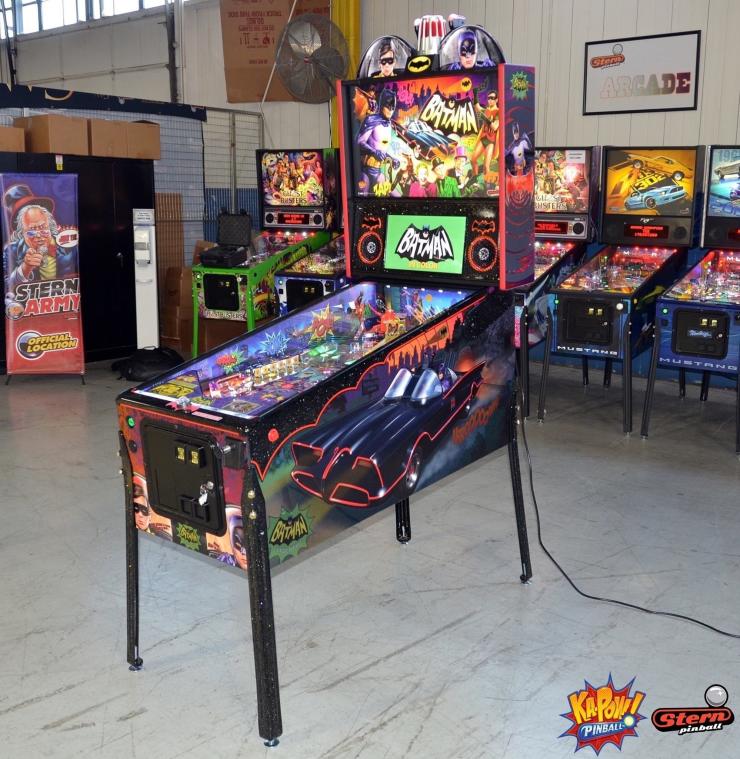 Stern Pinball in Collaboration with Ka-Pow Pinball Celebrates 30 Years in Business with Release of Batman ‘66 Pinball Game!
Holy Golden Anniversary, Iconic Batman TV Show Turns 50!
ELK GROVE VILLAGE, IL – September 15, 2016 – Stern Pinball, Inc., the world's oldest and largest producer of arcade-quality pinball machines, proudly announced today the availability of its highly anticipated Batman ‘66 Anniversary Edition pinball machine.
Stern Pinball is celebrating its 30th year in business and the 50th anniversary of the iconic American TV series with an Anniversary Edition pinball machine featuring the world famous “Dynamic Duo” of Batman and Robin. The game will immerse players in campy fun and heart-pounding action as the crime fighting Dynamic Duo comes to the aid of the Gotham City Police. Throughout the game, Batman and Robin work to deduce clues and discover super villain plots in an effort to thwart evil plans and capture bad guys. Players are guided through the game by the voices of none other than the original Batman and Robin, Adam West and Burt Ward.
A Hall of Fame pinball development team created the all new Anniversary Edition machine. The project was inspired by Joe Kaminkow of Ka-Pow Pinball and spearheaded by Stern Pinball product development chief, George Gomez, who, along with renowned programmer, Lyman Sheats, brought the game to life.
In addition to the fun title and game experience, the machine features a full color high definition display replacing the dot matrix display. In conjunction with Stern’s new SPIKE-2 electronic pinball platform, the display enables high definition graphics and innovative animations. This enables the game to feature actual TV footage from the iconic series. The game includes a second high definition display on the playfield as part of an interactive game feature.
"We are very proud to celebrate our 30th year in business by making a 50th anniversary Batman ‘66 game in collaboration with our good friend, Joe Kaminkow. Joe, who was instrumental in starting Stern Pinball 30 years ago and served as our company’s very first game designer, is now one of the gaming industry’s leaders,” said Gary Stern, Chairman and CEO of Stern Pinball, Inc.
Pricing and Availability:
The Batman ‘66 Anniversary Edition pinball machine will be available in Premium, Limited Edition, and Super Limited Edition models. The company has no current plans to produce a Pro model.
In celebration of Stern Pinball’s 30th anniversary and Batman’s 50th anniversary, Stern Pinball will build a Super Limited Edition model. The Super Limited Edition model also includes a one-of-kind art package plus multiple translites, a unique included topper and accessories package, and a high-fidelity 3-channel audio system that is three times more powerful than audio systems of previous generations. The Super Limited Edition model will be allocated by invitation and through an application process open to pinball collectors. Collectors can apply for a Super Limited Edition model by completing and submitting an application located at http://www.Batman66Application.com. Applications are due by 11:59 pm CST on September 30, 2016.
The Limited Edition model will be offered in two series of 120 games each. Each game in the first series will be named for one of the 120 episodes of the television show. Each game in the second series will be named for one of the iconic “bat gadgets” used in the series. In total, only 240 Limited Edition machines will be produced.
All purchasers who make a deposit on their game will also receive a VIP invitation to an exclusive “meet and greet” with Batman (Adam West) at the Westin Chicago North Shore Hotel in Wheeling, Illinois during the weekend of Chicago’s Pinball Expo.
Manufacturer’s Suggested Retail Price:
Premium Model: $US 8,599
Limited Edition Model: $US 9,999
Super Limited Edition Model: $US 14,999
The Premium and Limited Edition models of the Batman ‘66 Anniversary Edition pinball game will be available through authorized Stern Pinball distributors and dealers around the world. Please contact your distributor or dealer for more information. The Super Limited Edition model will be available direct from Stern Pinball.
About Stern Pinball, Inc.
Stern Pinball, Inc., headquartered just outside Chicago, Illinois, is the oldest and largest producer of arcade-quality pinball games in the world. Stern’s highly talented creative and technical teams design, engineer and manufacture a full line of popular pinball games, merchandise and accessories. Recent Stern titles include Ghostbusters, Spider-Man Vault Edition, Game of Thrones, KISS, WWE WrestleMania, The Walking Dead, Mustang, Star Trek, Metallica, The Avengers, X-Men, AC/DC, Tron, Transformers, Avatar, Iron Man and many more! All of Stern’s pinball games are crafted by hand and assembled by Stern’s expert team. A broad range of players enjoy Stern’s games from professional pinball players that compete in high-stakes international competitions around the globe to novice players who are discovering the allure of the silver ball for the first time. To join the fun and learn more, please visit http://www.sternpinball.com.
All trademarks and product names are the property of their respective companies.

August 30 2016
Not many details yet from Stern other than whats on the flyer listed below. Distributers are even unclear yet what the pricing will be but some are predicting much higher prices than what we have seen in the past. Maybe as much as $1000 more on the LE's and a price tag of well over $10,000 to as much as $12'000 for the rare 30 Super LE's. This is just "best guesses " for now until Stern is ready to tell us more.

What we do know is:
There will be no Pro model  at all,  only Premium, Limited Edition, and a new Super-LE .

30 Super-LEs that only can be bought by invitation,  and it's not clear on how one can get  a "invitation.

​The game will also feature LCD displays on its back box replacing the old Dot Matrix which has been in use since the early 1990's. There will also be an interactive one on the playfield itself.

The new machine will feature voiceover from Adam West who was the original Batman in 1966 when the show first aired.

A deposit on a Batman 66 game now will give that person a special VIP meet-and-greet with Adam West and the Batmobile . 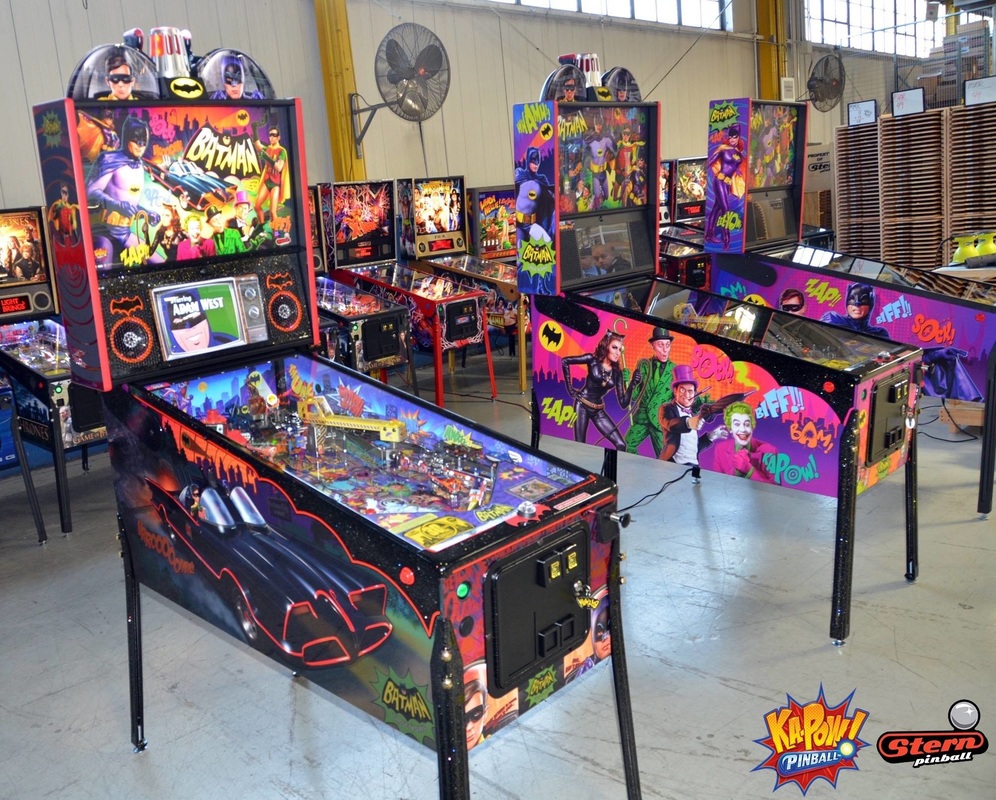 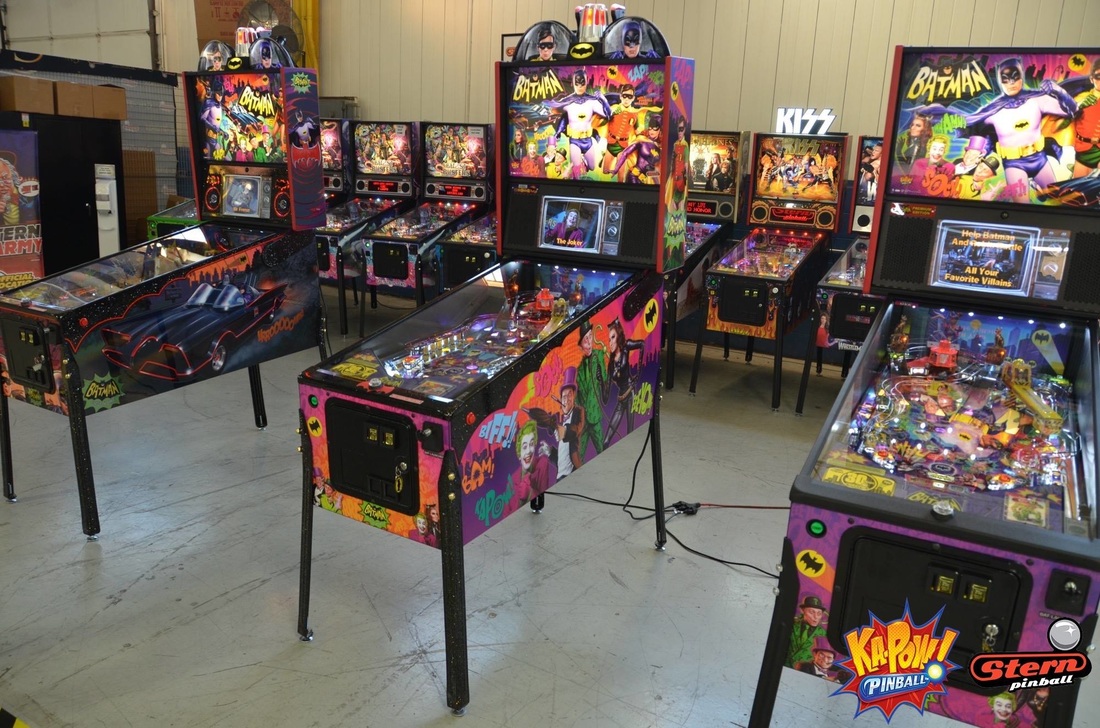 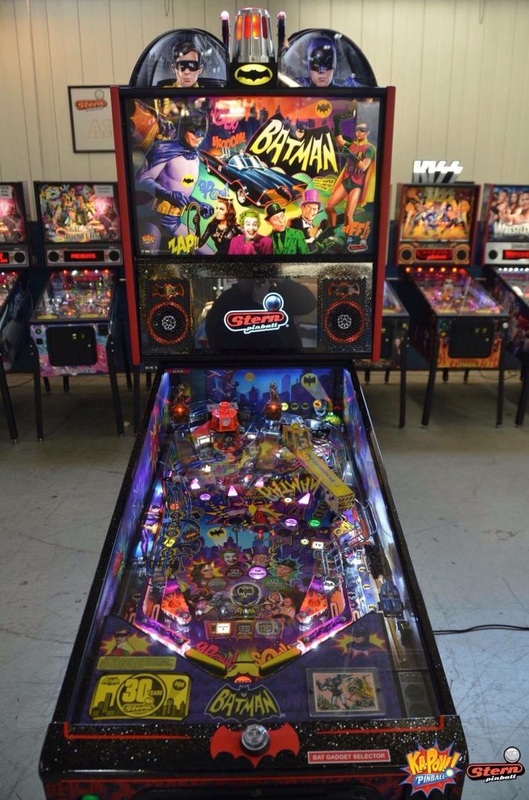 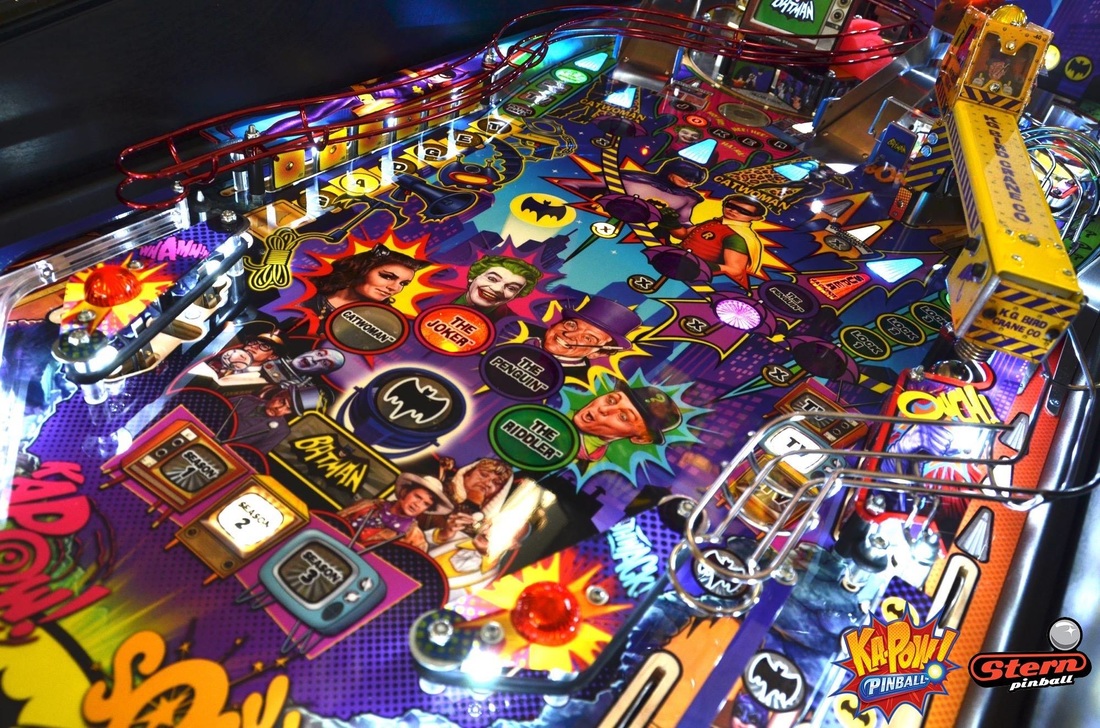 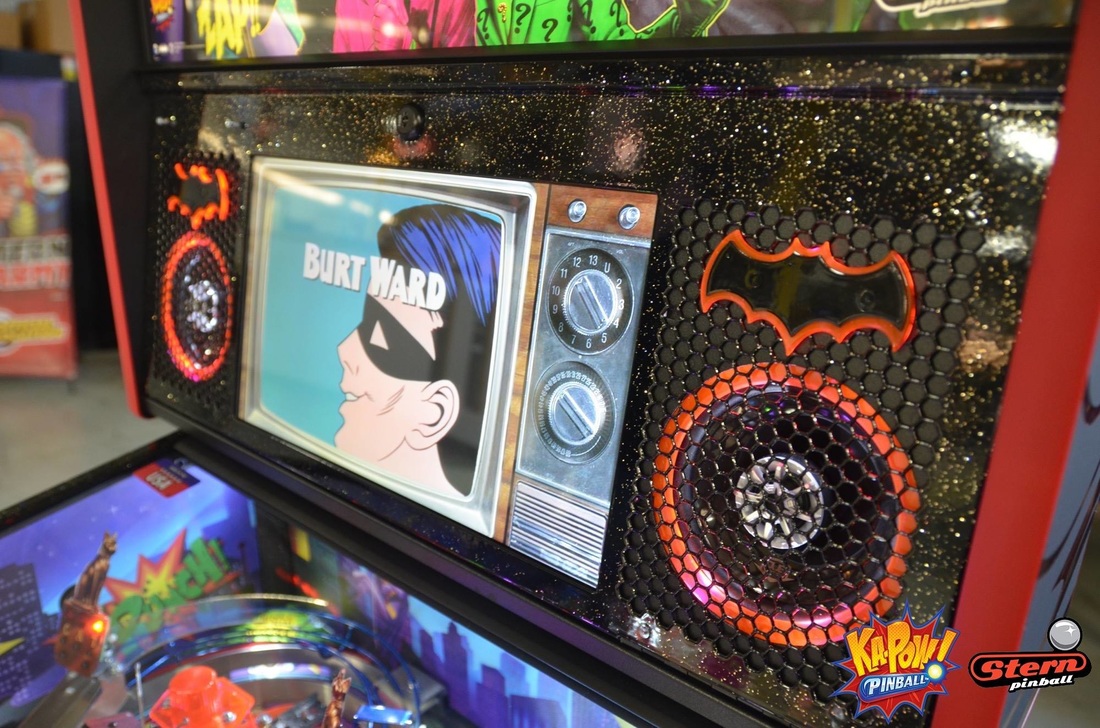 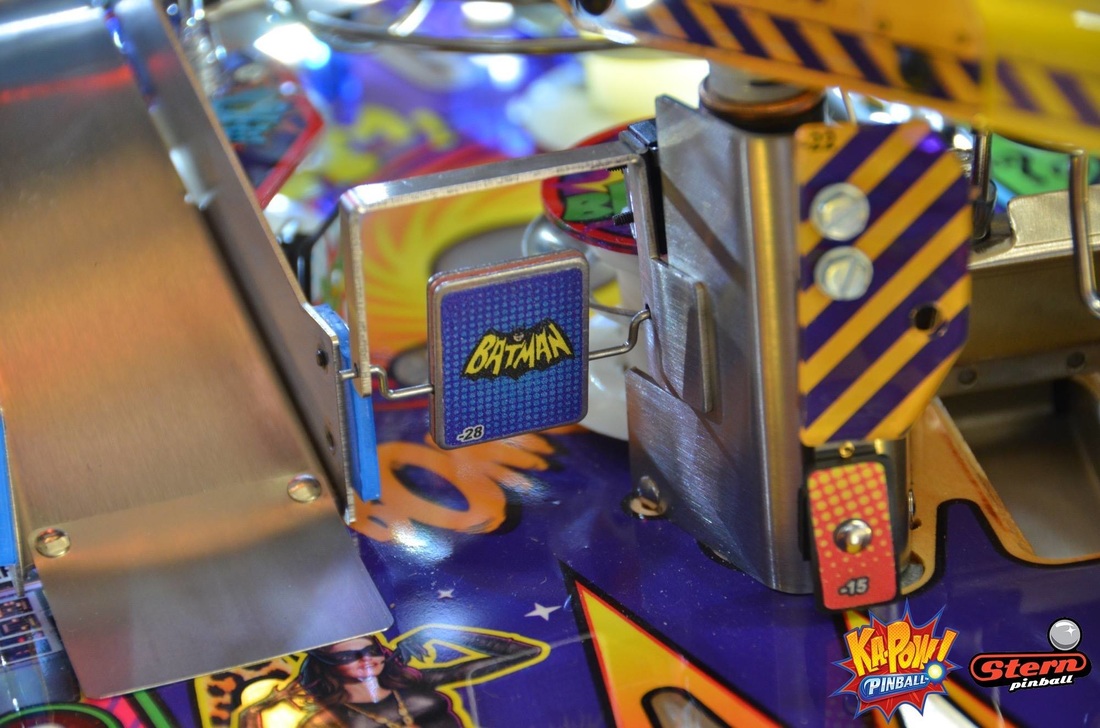 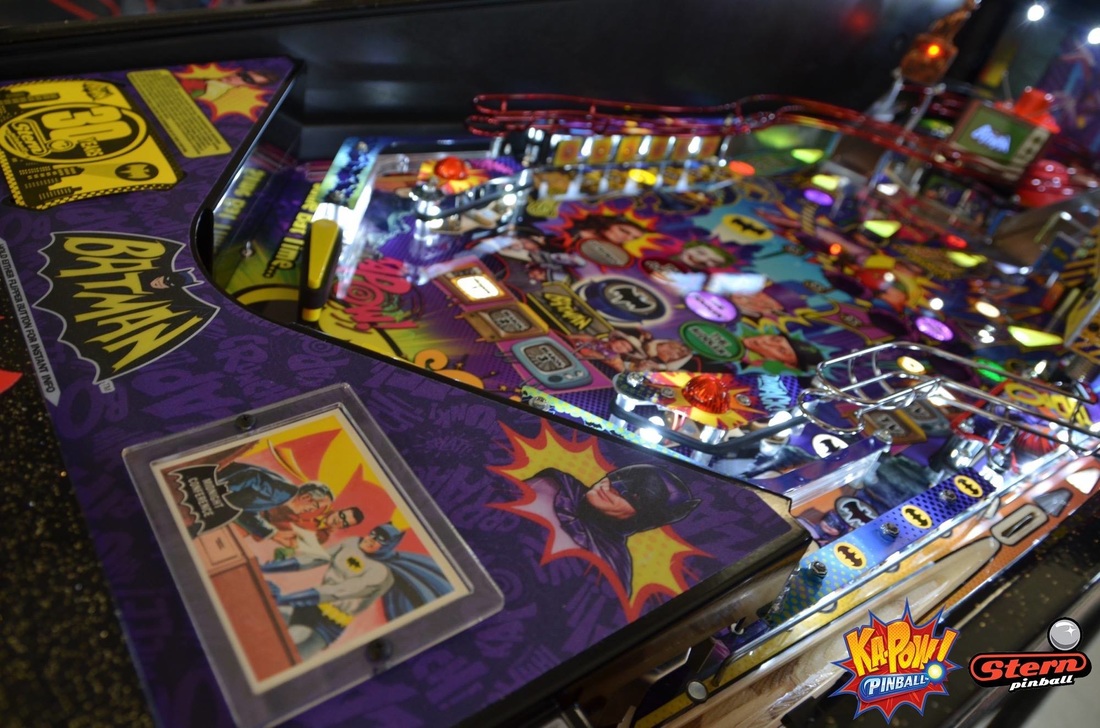 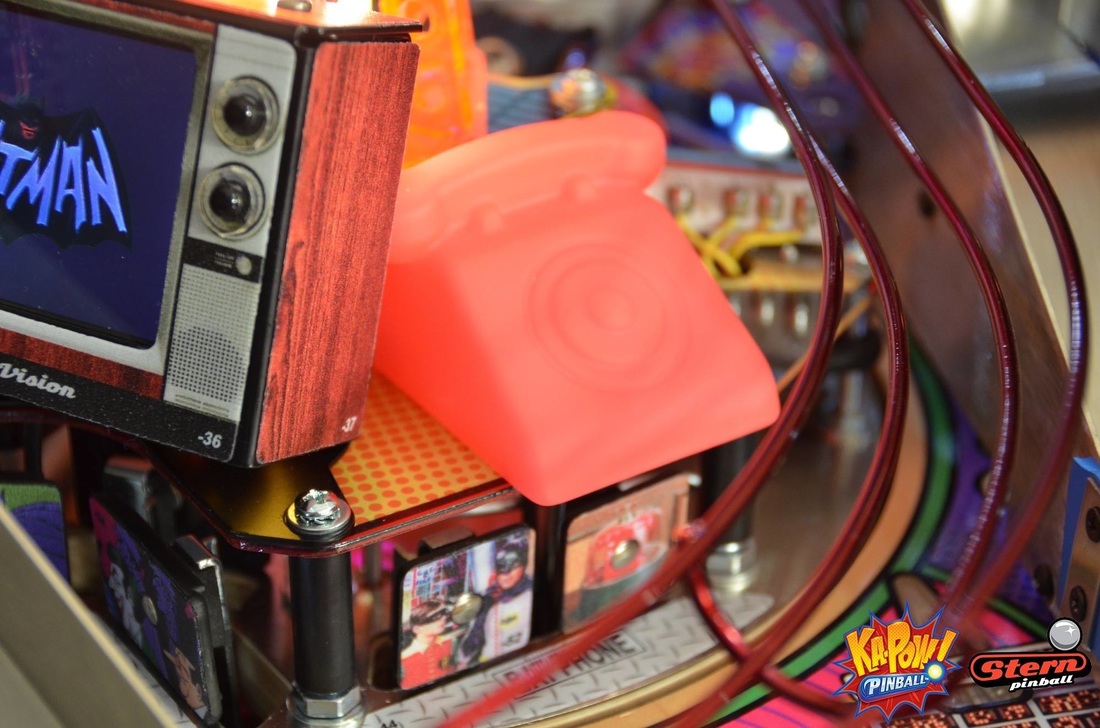 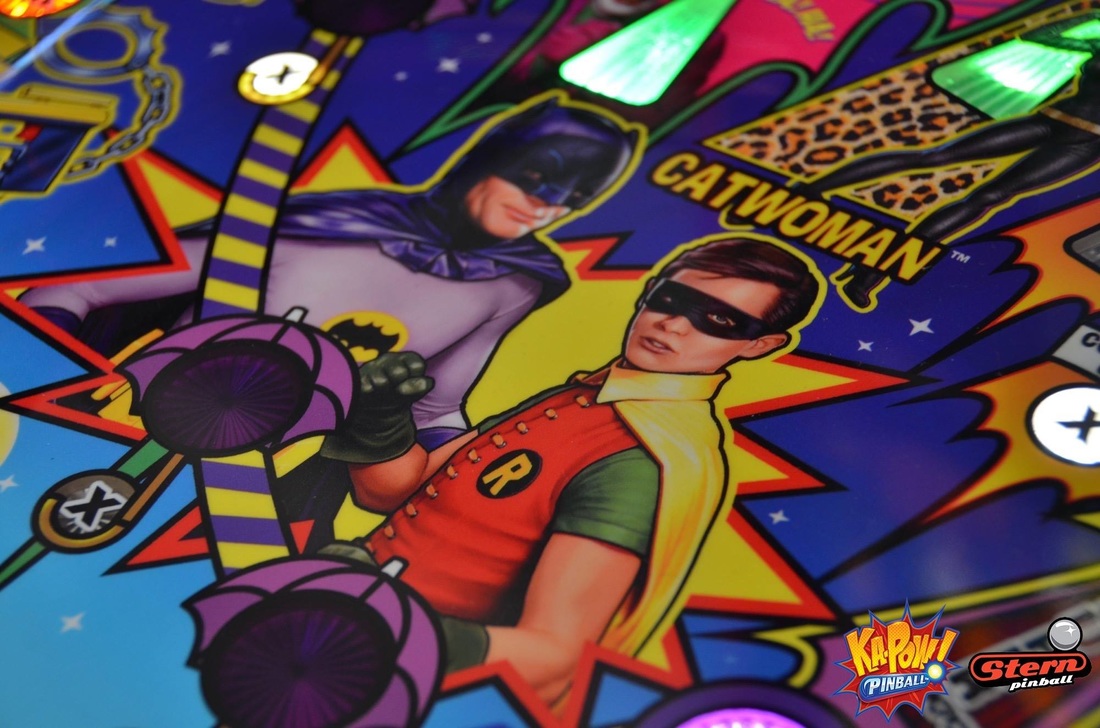 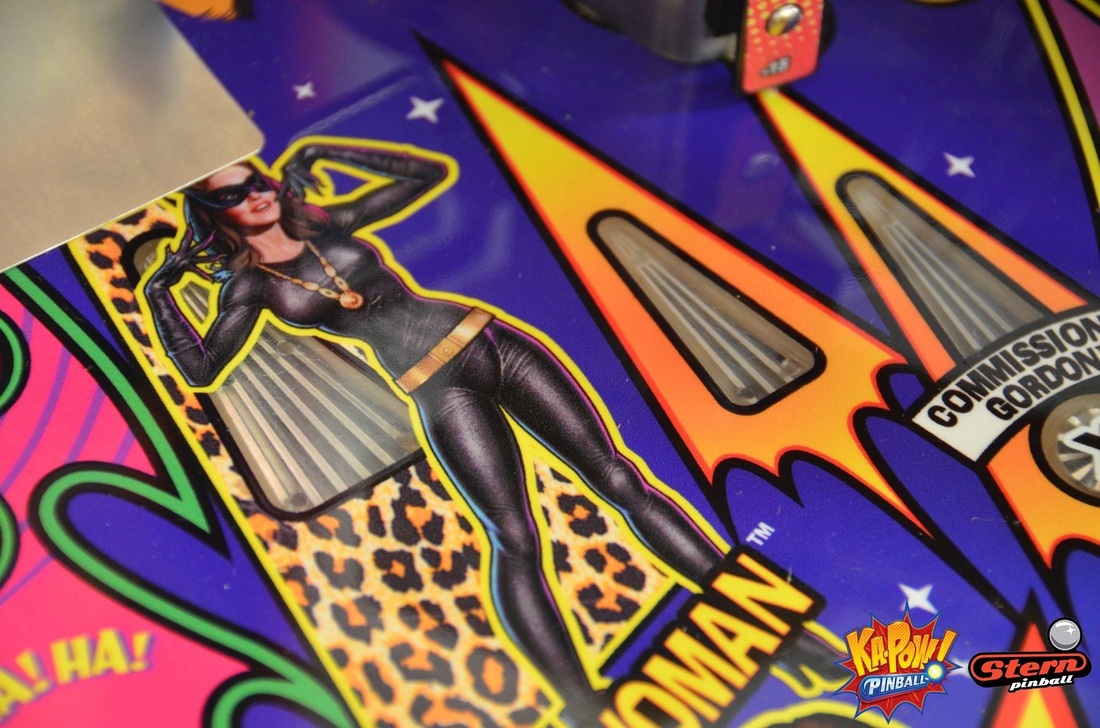 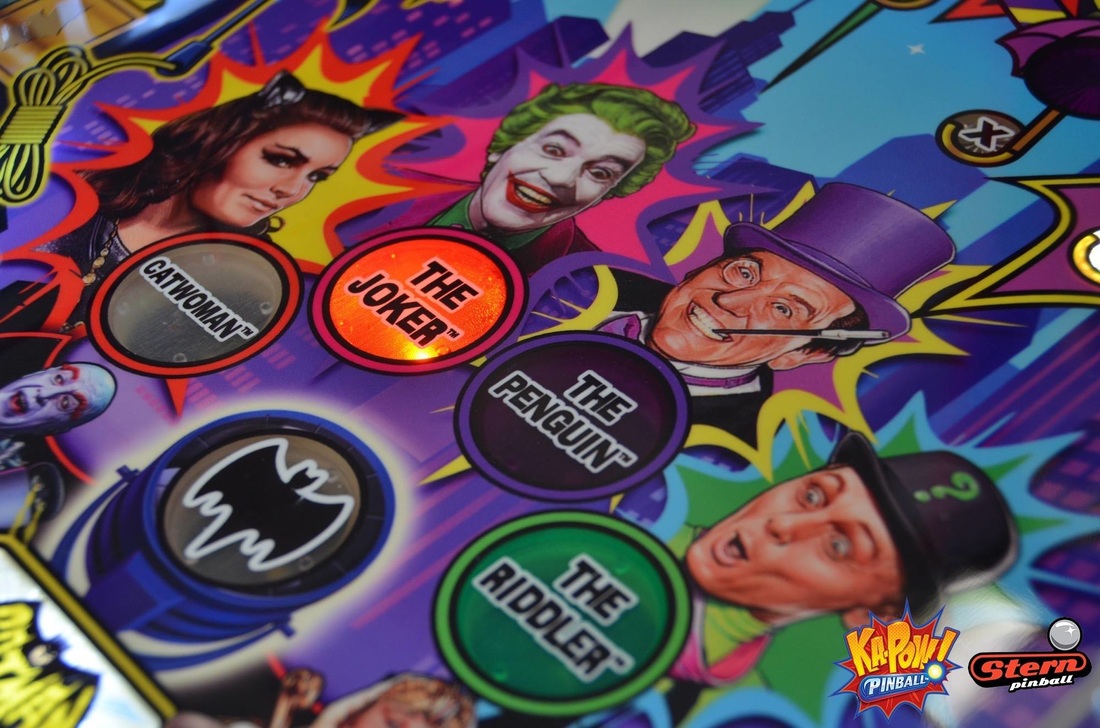 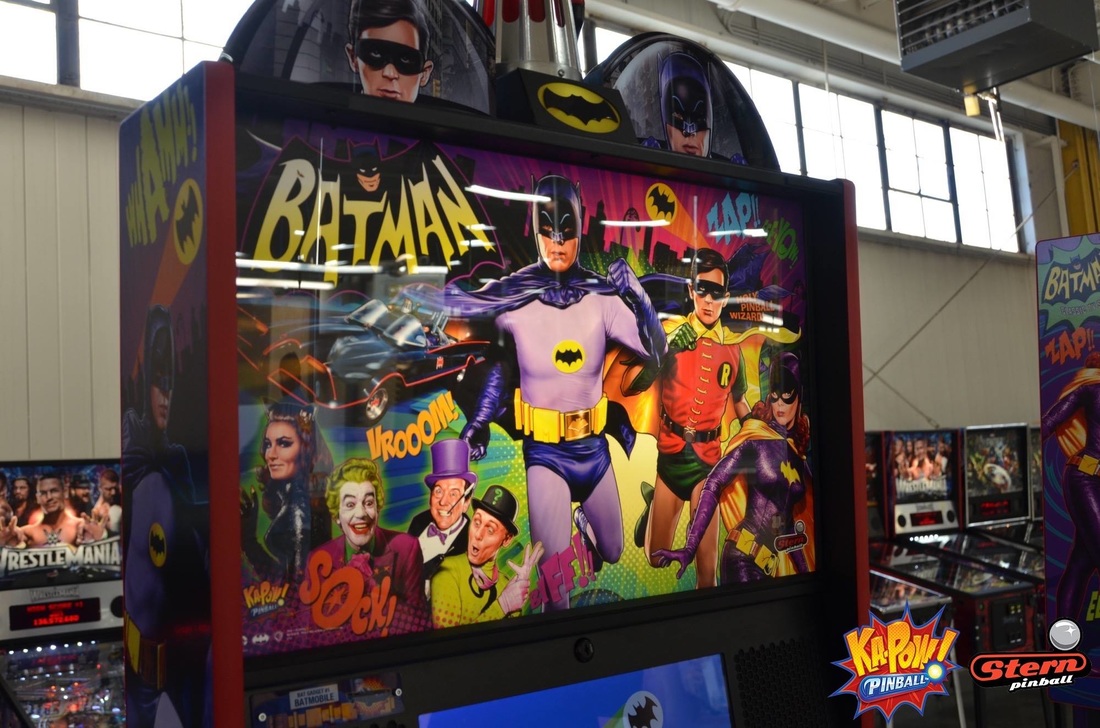 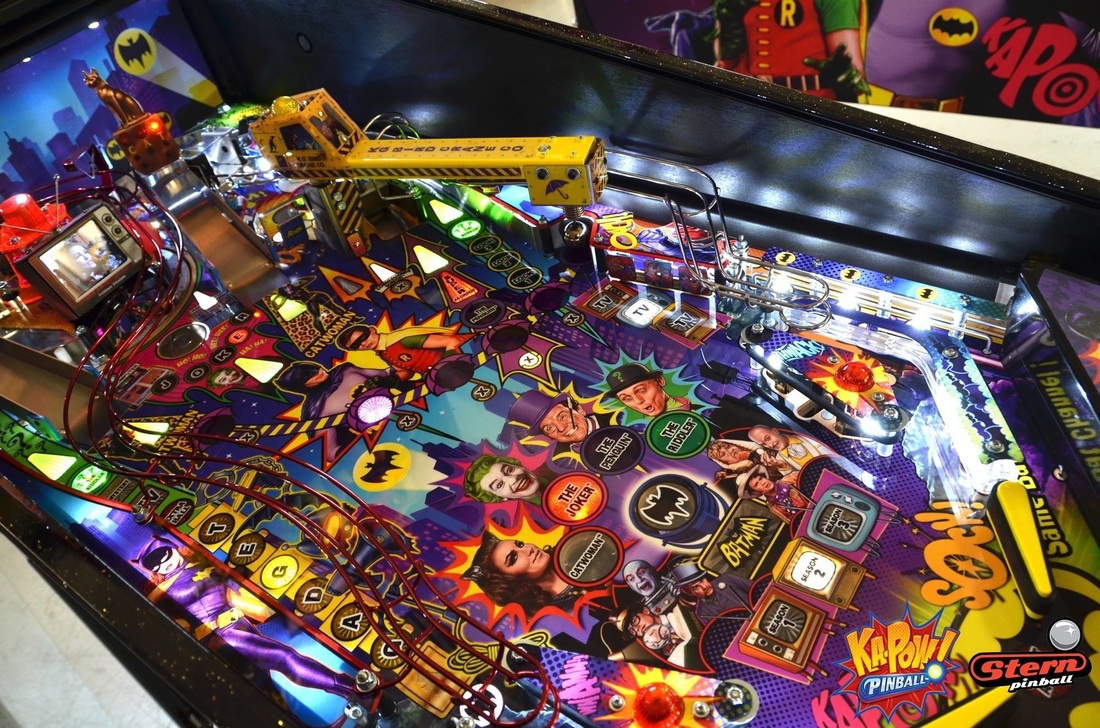 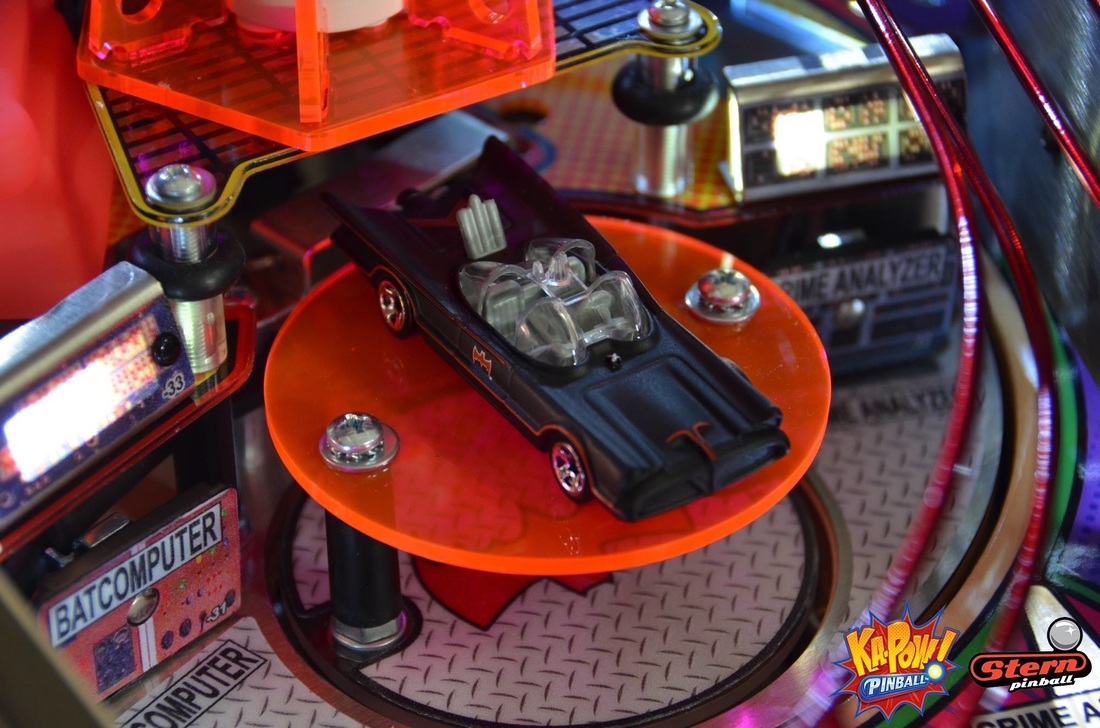 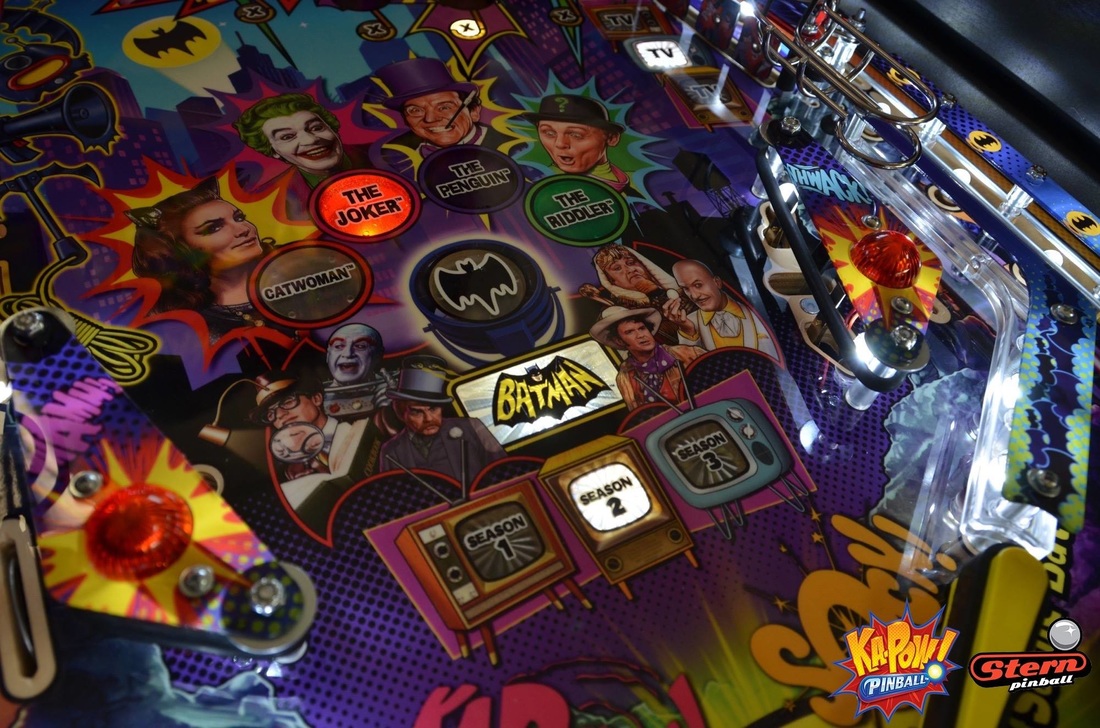 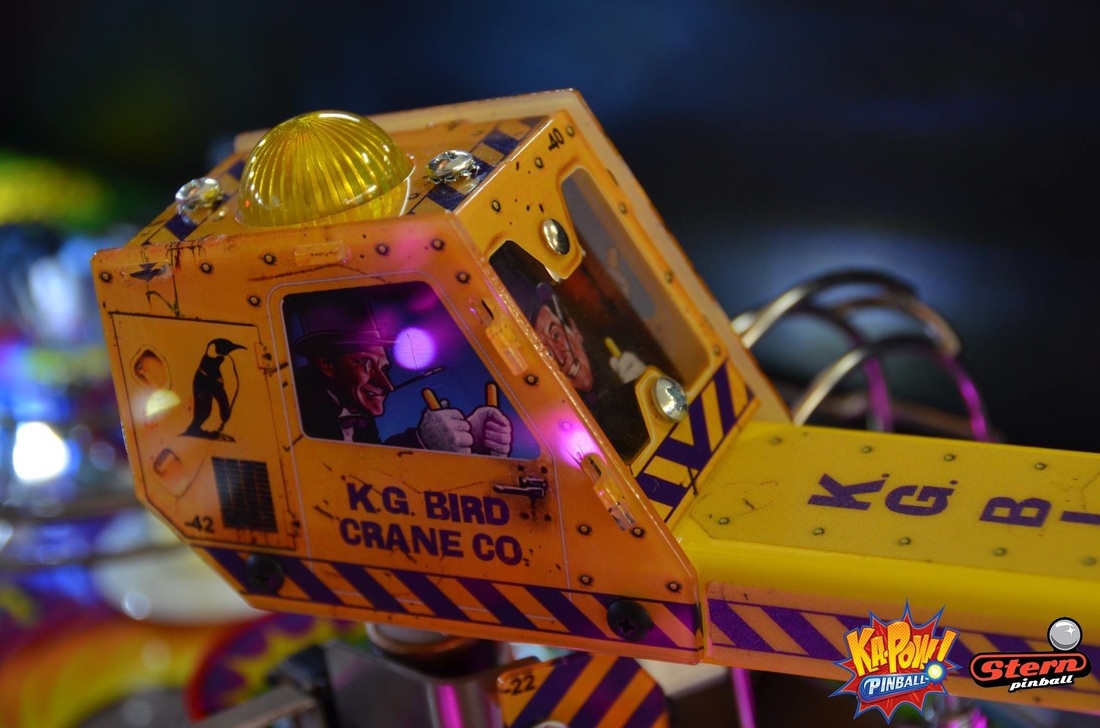 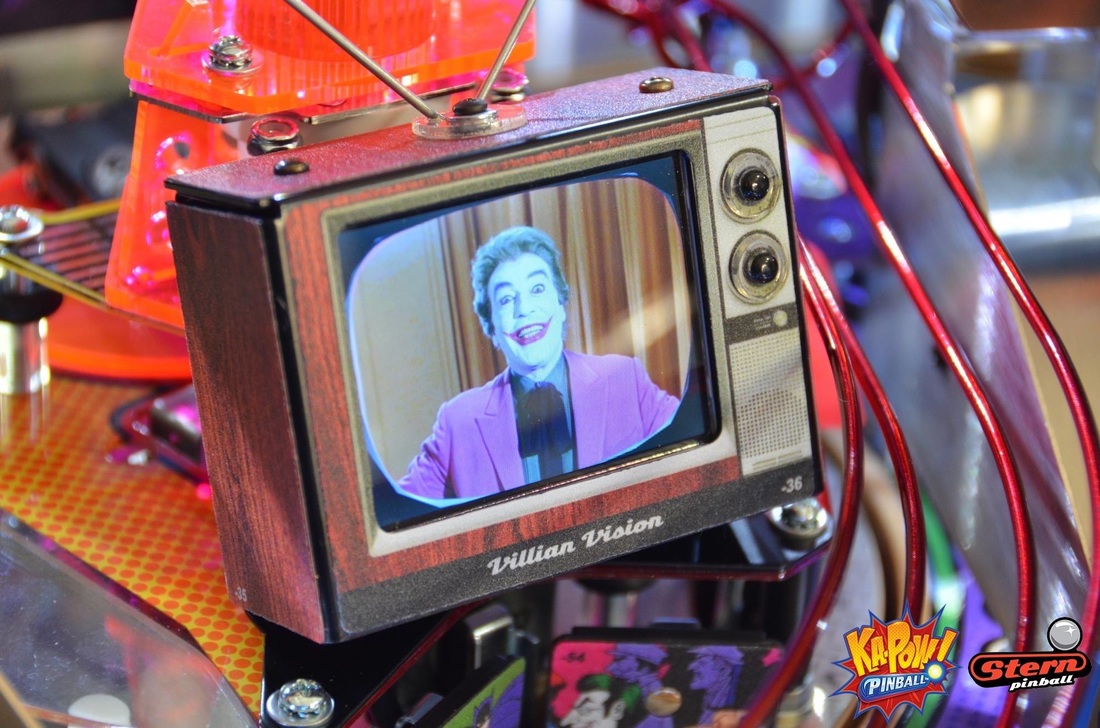 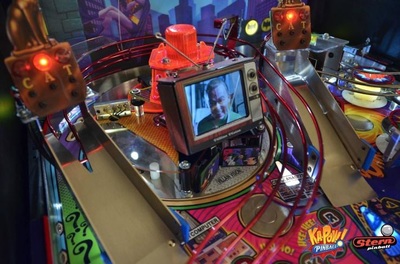 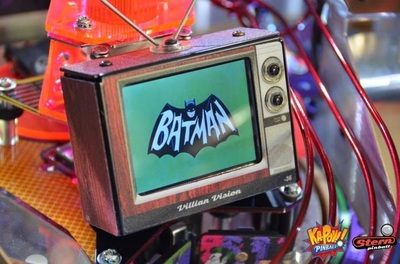 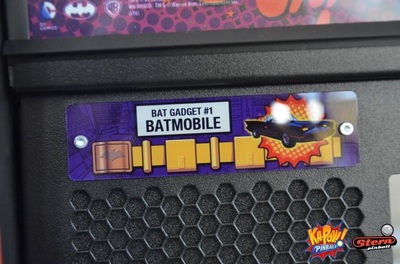 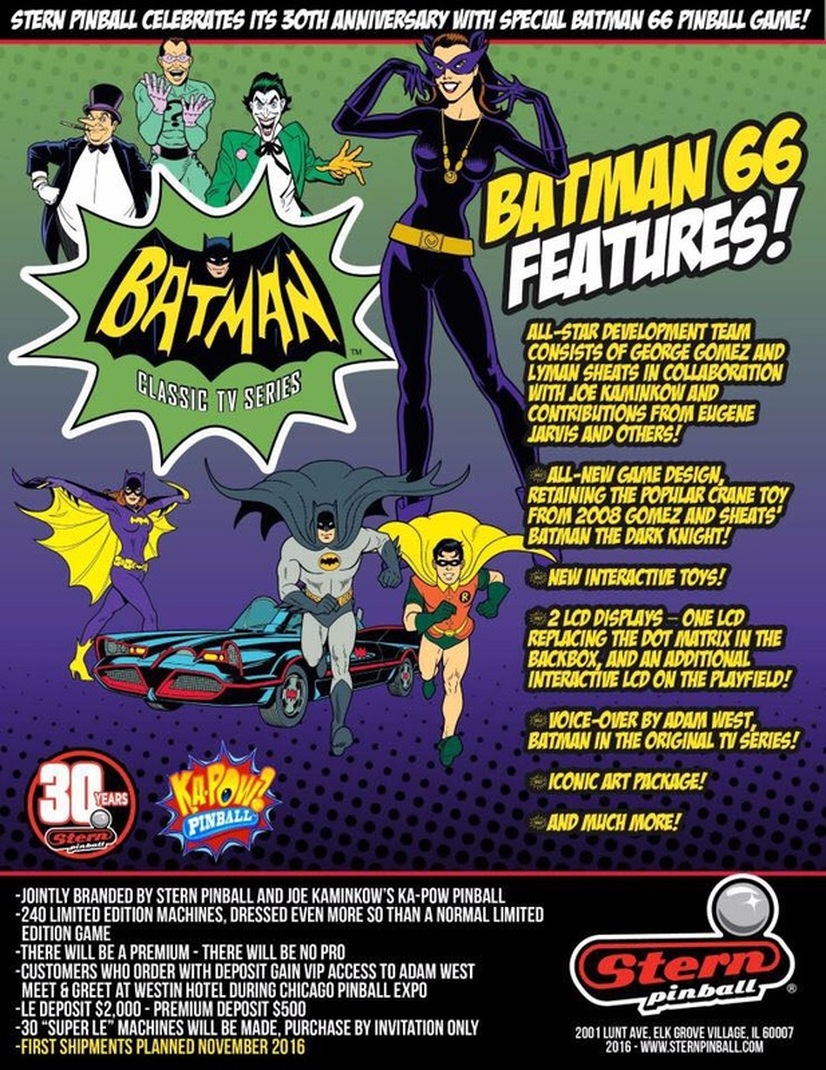 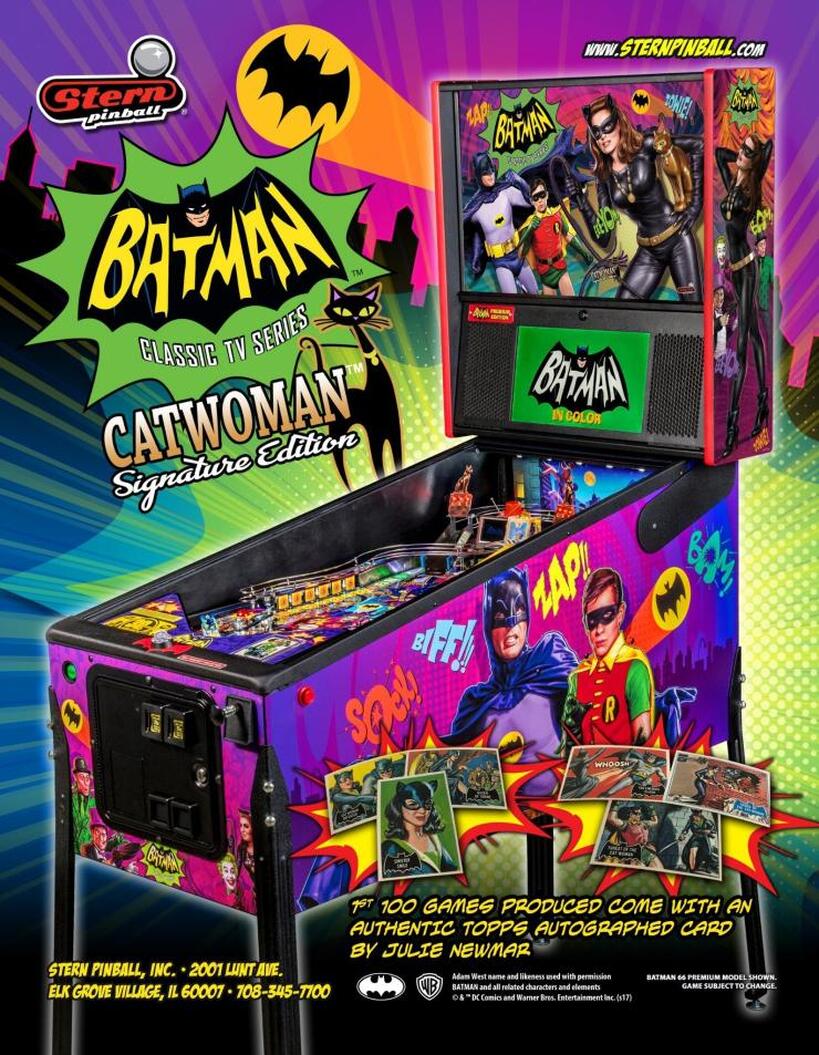 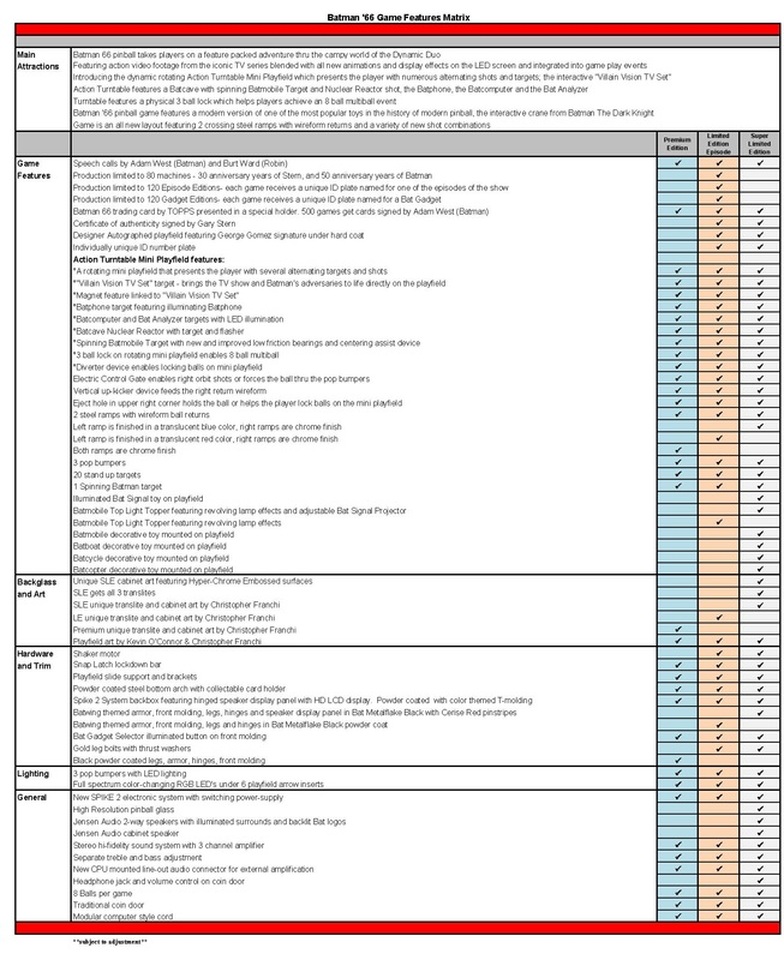