August 7 2018
The long speculative rumors of Deadpool has been finally revealed today when Stern released some pic's and video of their next title. The machine comes in 3 trim levels, pro, premium, and limited edition models. The premium and limited editions feature a disco ball with illumination effects, a custom molded Wolverine & Dazzler action figures, and a custom molded Chimichanga Truck Time Machine.  The premium model also includes a special custom “Deadpool’s Mix Tape”  with 11 original music tracks. The limited edition on the other hand , comes with those same tracks , but are on a 12″ vinyl LP.  How cool is that!
Only 500 limited edition machines will be produced.
The pro model has a suggested retail price of $5,999, the premium costs $7,599, and the limited edition is $8,999.
​
I was told by a distributer that Deadpool starts shipping as follows:
Pro starts shipping in early September
Premium in October
Limited Edition in late September


The following comes from Stern's website:
Deadpool” is known as the “Merc with a Mouth” because of his talkative nature & is notorious for his outrageously funny offbeat humor which is featured throughout the game.
Players will be immersed in the Deadpool universe, teaming up with iconic X-Men characters Wolverine, Dazzler, Domino, and Colossus as they battle against infamous villains Juggernaut, Sabretooth, Mystique, Sauron, and Mr. Sinister. Players will also tag along with Deadpool on his time machine quests as he battles against the T-Rex and the Megalodon.
Stern’s Deadpool Pro, Premium, and Limited Edition models feature stunning and distinctive hand-drawn art by renowned illustrator Zombie Yeti. Well known actor Nolan North stars as the eccentric voice of Deadpool. Each game features a 3-bank drop target with a ball lock that’s guarding a custom molded Lil’ Deadpool bash toy target. In addition, all models include two stainless steel and wireform ramps with a Katana Sword ramp return. Deadpool pinball entertains with an amazing array of ninjas, vampires, and chimichangas, making it suitable for all skill levels.

More info to come as it comes available. 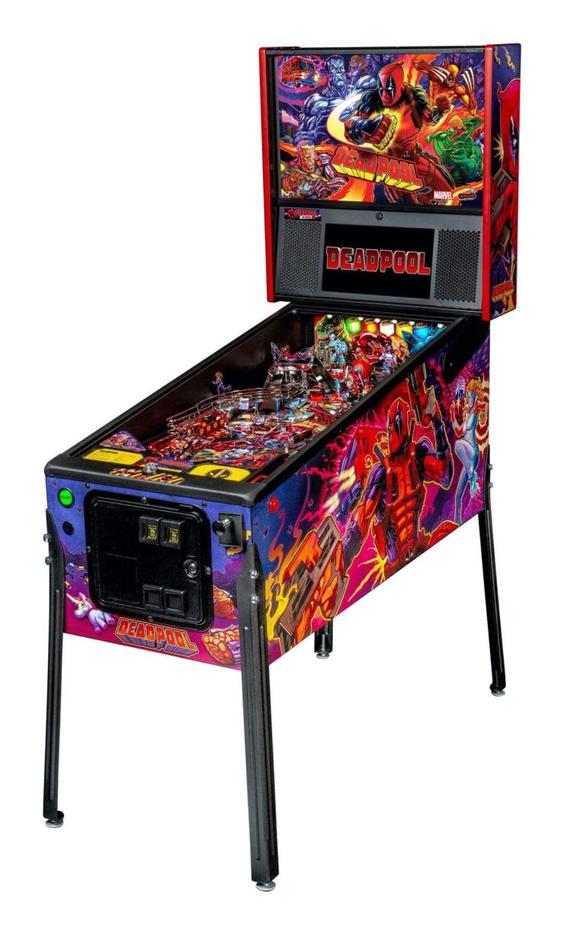 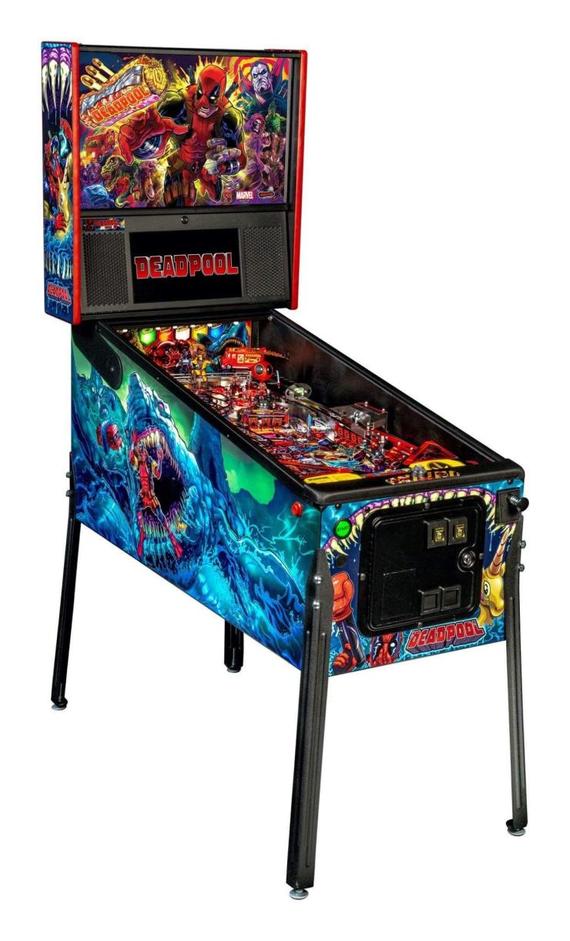 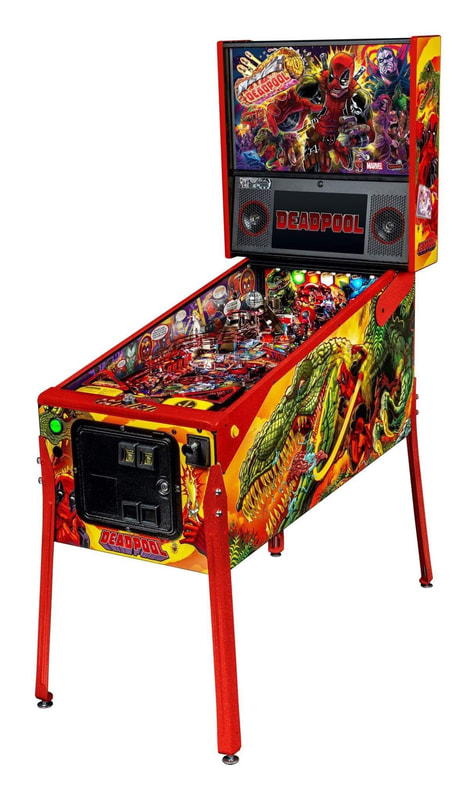 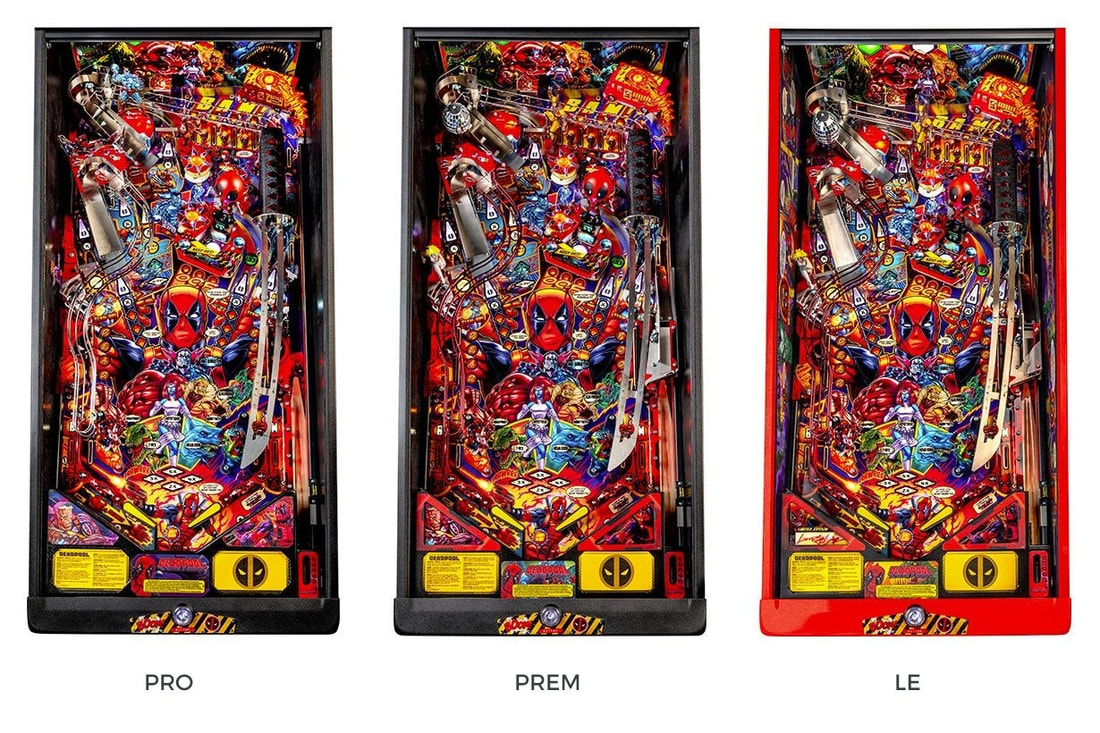 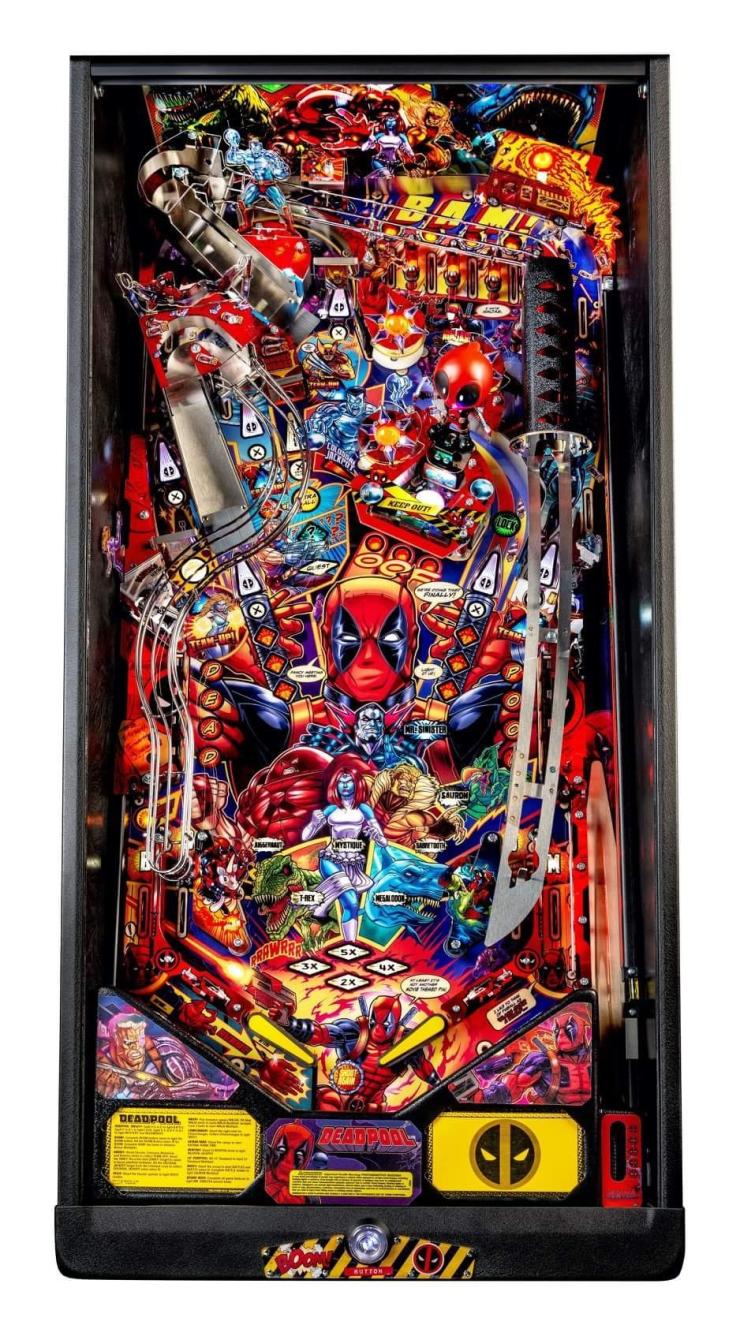 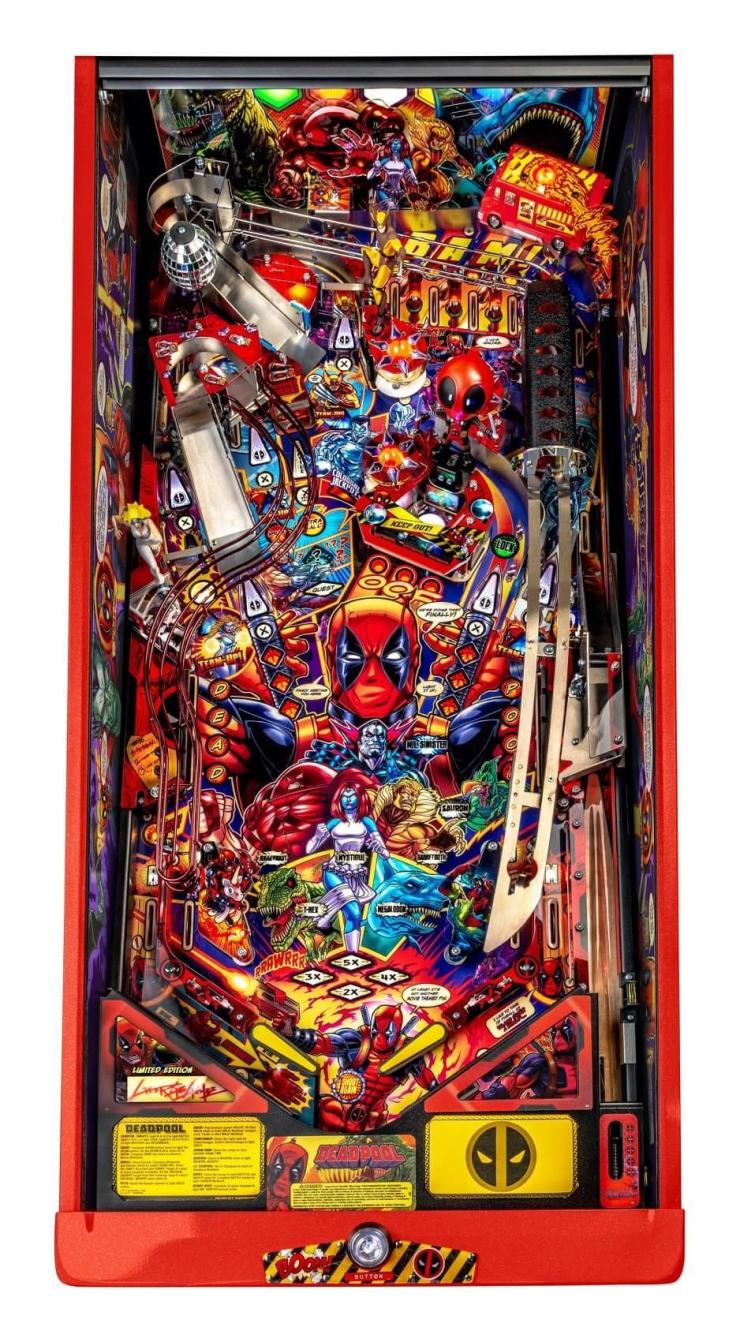 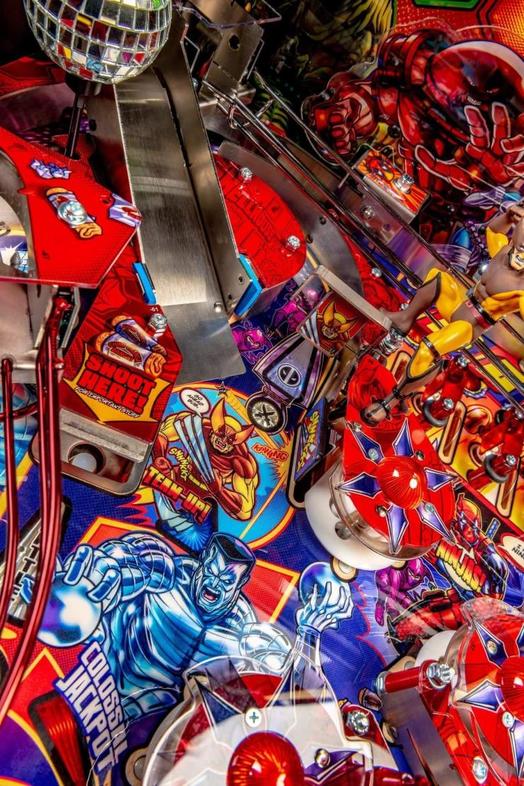 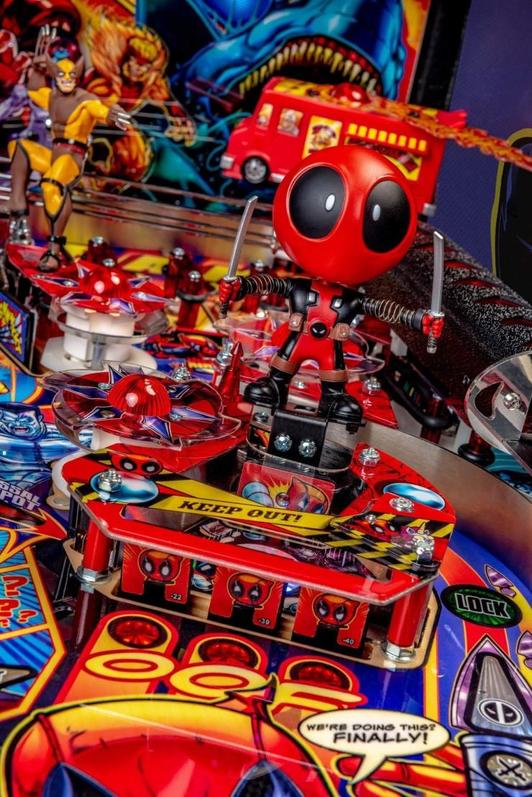 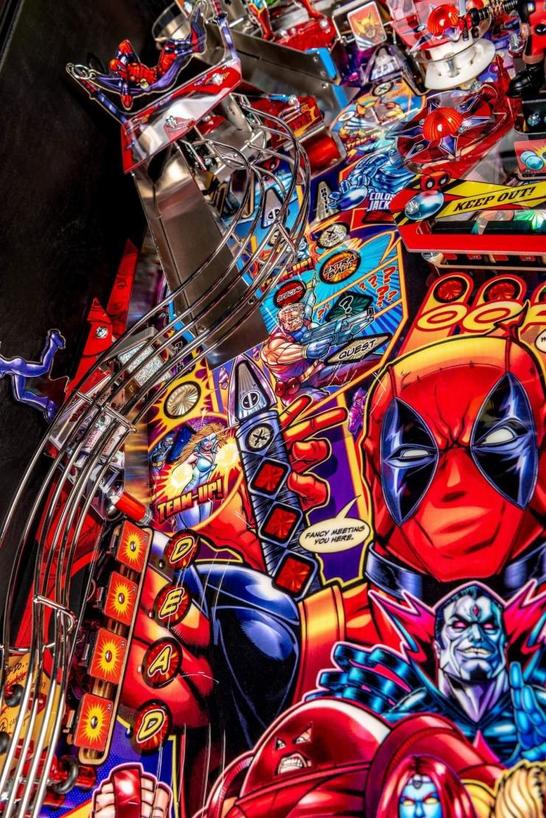 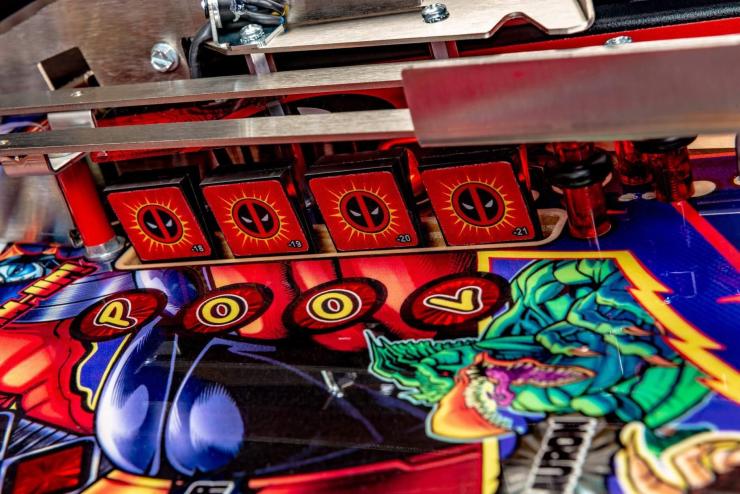 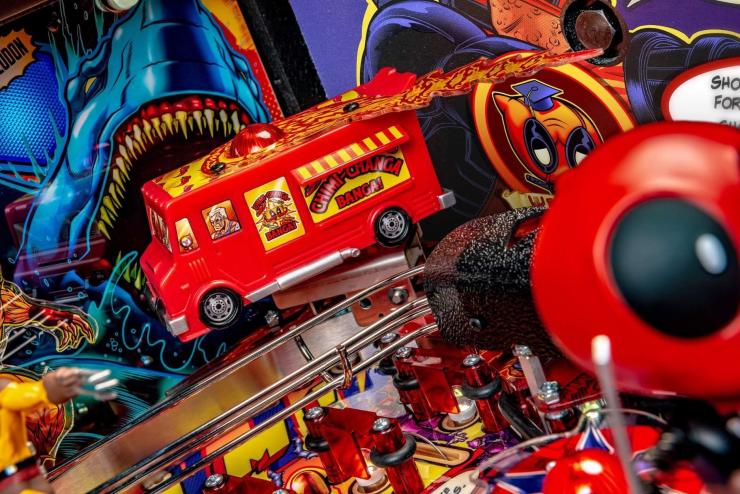 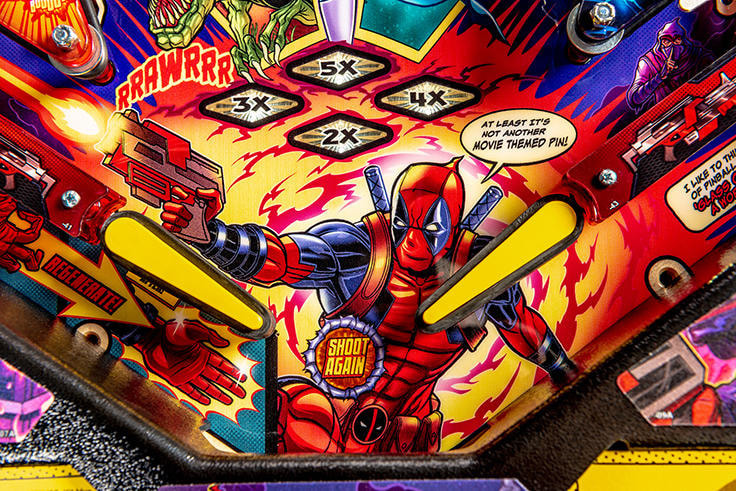 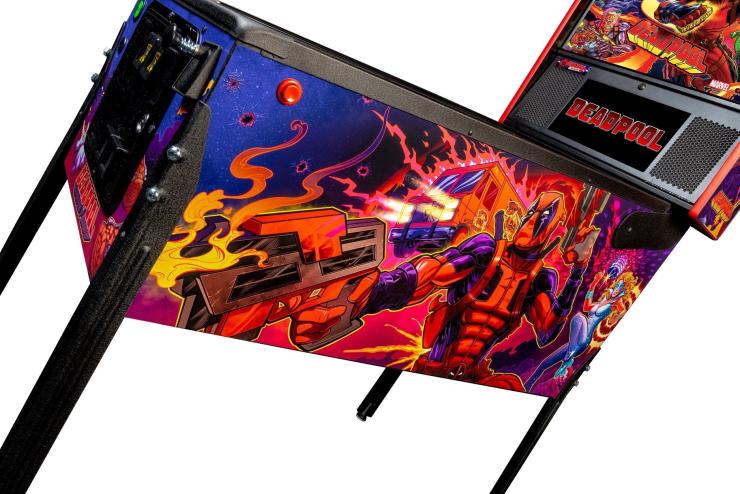 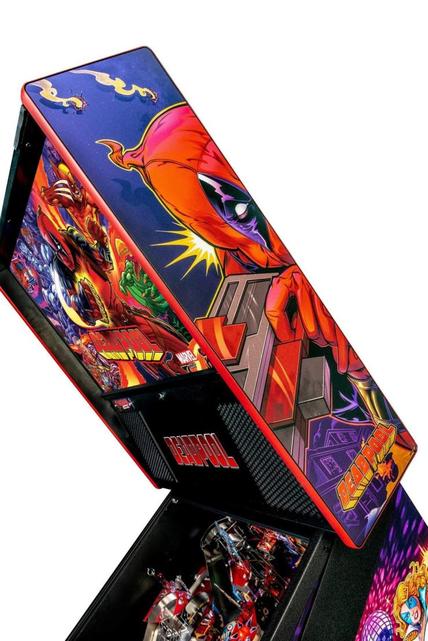 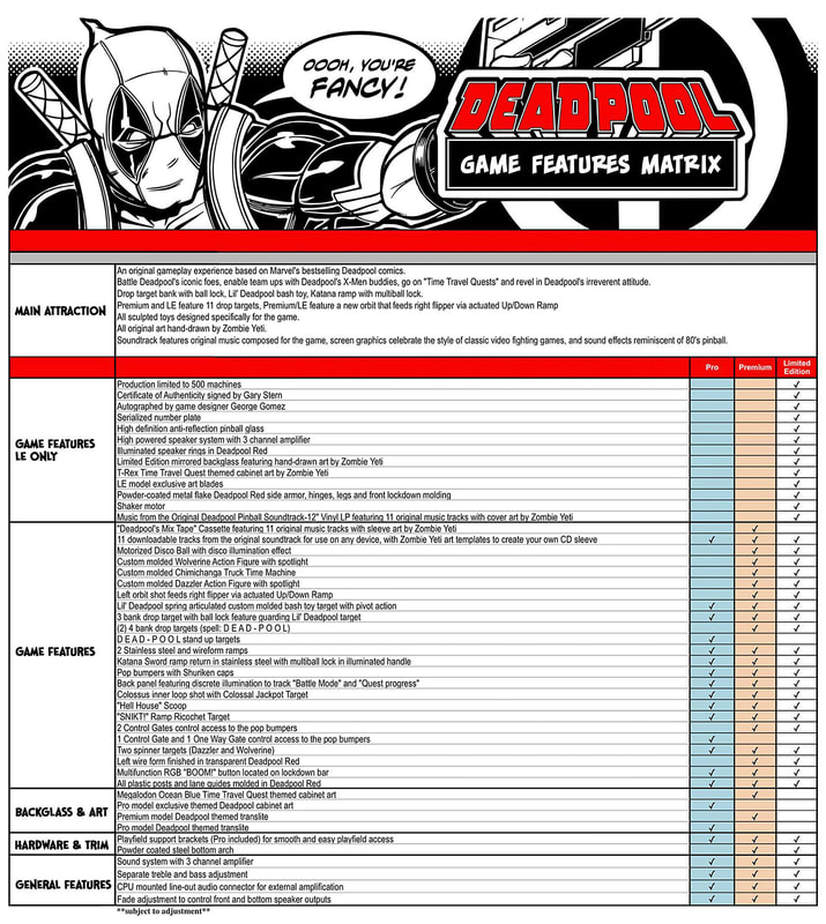